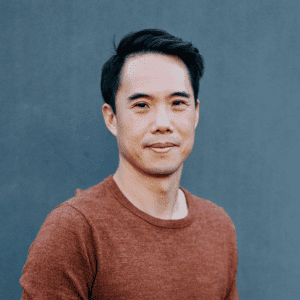 Charles Yu is the author of three books, including the novel How to Live Safely in a Science Fictional Universe (a New York Times Notable Book and a Time magazine best book of the year), and, most recently, Interior Chinatown. He received the National Book Foundation’s 5 Under 35 Award and was nominated for two Writers Guild of America Awards for his work on the HBO series, Westworld. He has also written for shows on FX, AMC, and HBO. His fiction and nonfiction have appeared in The New Yorker, The New York Times, The Wall Street Journal, and Wired, among other publications.

“Dude, suckin’ at something is the first step towards being sorta good at something.” — Jake the Dog

Kevin Mattson grew up in the suburban sprawl known as the Washington, D.C. Metropolitan Area. It was here that he first experienced the “punk rock world” that fueled his formative years. He played in bands, wrote for zines, and became politically active, helping to cofound the organization Positive Force. He now teaches American history at… END_OF_DOCUMENT_TOKEN_TO_BE_REPLACED

Sameer Pandya is the author of the story collection The Blind Writer, which was longlisted for the PEN/Open Book Award. He is also the recipient of the PEN/Civitella Fellowship. His fiction, commentary, and cultural criticism has appeared in a range of publications, including the Atlantic, Salon, Sports Illustrated, ESPN, and Narrative Magazine. He is an Assistant Professor in the Department of… END_OF_DOCUMENT_TOKEN_TO_BE_REPLACED

Marina Budhos is an author of award-winning fiction and nonfiction. Marina is the author of the young adult novels Tell Us We’re Home, which was a 2017 Essex County YA Pick, and Ask Me No Questions, recipient of the first James Cook Teen Book Award, an ALA Best Book and Chicago Library’s Best of the… END_OF_DOCUMENT_TOKEN_TO_BE_REPLACED

Gabrielle Calvocoressi is the author of The Last Time I Saw Amelia Earhart, Apocalyptic Swing (a finalist for the LA Times Book Prize), and Rocket Fantastic, winner of the Audre Lorde Award for Lesbian Poetry. Calvocoressi is the recipient of numerous awards and fellowships including a Stegner Fellowship and Jones Lectureship from Stanford University; a… END_OF_DOCUMENT_TOKEN_TO_BE_REPLACED

New York City’s current and former Chancellors have praised Torrey Maldonado as a top teacher and author. He has taught for over twenty years in his Brooklyn childhood hometown. His middle-grade titles include Tight, which won a Christopher Award and was named a Washington Post and NPR best book of the year, Secret Saturdays, and,… END_OF_DOCUMENT_TOKEN_TO_BE_REPLACED

Adam Begley is the author of Houdini: The Elusive American (2020); The Great Nadar, The Man Behind the Camera (2017); and Updike (2014). For many years the books editor of The New York Observer, he has been a Guggenheim fellow and a fellow at the Leon Levy Center for Biography. His writing has appeared in The… END_OF_DOCUMENT_TOKEN_TO_BE_REPLACED

Dr. David Kilcullen is the author of five prize-winning books on terrorism, insurgency, urbanization and future warfare, including The Dragons and the Snakes: How the Rest Learned to Fight the West, as well as numerous scholarly papers on urbanization, conflict and the evolution of warfare. He won the Walkley Award (Australia’s equivalent of the Pulitzer… END_OF_DOCUMENT_TOKEN_TO_BE_REPLACED

Anne Nelson is the author of Shadow Network: Media, Money, and the Secret Hub of the Radical Right a ground-breaking exploration of the coalition of fundamentalists and oil who helped bring Trump to power. Nelson began her professional career on the editorial staff of The New Yorker. In 1995 she became the director of the… END_OF_DOCUMENT_TOKEN_TO_BE_REPLACED 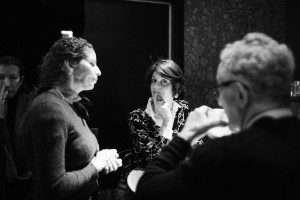