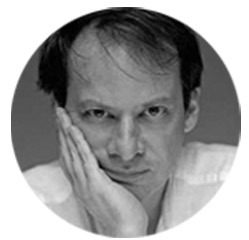 Adam performed on stage for Seriously Entertaining at Joe’s Pub at The Public Theater on January 27, 2014, speaking on the evening’s theme, “Plays With Matches.” Click below for more.

Adam Gopnik has been writing for The New Yorker since 1986. During his tenure at the magazine, Gopnik has written fiction and humor pieces, book reviews, profiles, reporting pieces, and more than a hundred stories for “The Talk of the Town” and “Comment.”

Gopnik’s books, ranging from essay collections about Paris and food to children’s novels, include Paris to the Moon (2000), The King in the Window (2005), Through the Children’s Gate: A Home in New York (2006), Angels and Ages: A Short Book About Darwin, Lincoln, and Modern Life (2009), The Table Comes First: Family, France, and the Meaning of Food (2011), and Winter: Five Windows on the Season (2011). His most recent book is A Thousand Small Sanities: The Moral Adventure of Liberalism.

Gopnik has won the National Magazine Award for Essays and for Criticism three times, and also the George Polk Award for Magazine Reporting. Gopnik is an active lecturer and delivered the Canadian Broadcasting Corporations Massey Lectures in 2011.