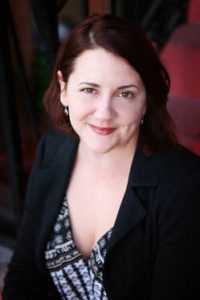 Amber performed on our virtual stage for Seriously Entertaining on May 25, 2021, speaking on the evening’s theme, “I Scream, You Scream.” Watch it below.

Amber Hunt is an award-winning journalist who works for the Cincinnati Enquirer as an investigative reporter and was a contributor to the newsroom’s “Seven Days of Heroin” project, which earned a 2018 Pulitzer Prize for local reporting. She’s the host of the podcasts “Crimes of the Centuries” and “Accused: The Unsolved Murder of Elizabeth Andes,” which she produced with Enquirer colleague Amanda Rossmann. “Accused” has been honored with two regional Edward R. Murrow Awards. Hunt also created and hosted “Aftermath,” a podcast about gunshot survivors, in collaboration with The Trace. That podcast was a 2019 Webby Awards honoree in both the general podcasting and health & wellness categories. Hunt previously covered crime for the Detroit Free Press and oversaw the Dakotas as a news editor for The Associated Press. She’s written several true-crime books – including 2014’s  See How Much You Love Me – and is co-author of The Kennedy Wives: Triumph and Tragedy in America’s Most Public Family, which was a New York Times and Wall Street Journal bestseller.

Hunt’s writing is also featured in 2019’s Unsolved Murders: True Crime Cases Uncovered. Hunt is a past Knight-Wallace Fellow at the University of Michigan, where her project was titled “Embracing Empathy in Urban Crime Reporting.” She’s taught multimedia journalism at the University of Cincinnati, and she’s a past recipient of the Al Nakkula Award for Police Reporting, the only national award dedicated to crime coverage. She has appeared on NBC’s Dateline and A&E’s Crime Stories, among other TV shows, and lives in Ohio.