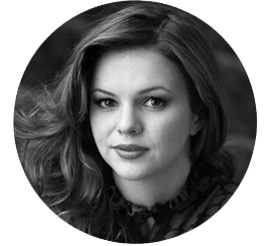 Amber performed on stage for Seriously Entertaining at Joe’s Pub at The Public Theater on April 21, 2015, speaking on the evening’s theme, “One Simple Rule.” Watch it below.

Amber Tamblyn is an acclaimed poet and has been nominated for the Emmy, Golden Globe, and Independent Spirit Awards for her work as a film and television actress. Her collections of poetry, prose, and artwork include Plenty Of Ships, Of The Dawn, The Loneliest, Free Stallion, and Bang Ditto. Her work has been published in The New York Quarterly, The San Francisco Chronicle, Poets & Writers, Pank Magazine, Teen Vogue, Cosmopolitan, Interview, Bust, and other journals. She is the co-founder of the nonprofit Write Now Poetry Society, which works to build an audience for unique poetry events (www.writenowpoets.org). Amber’s directorial debut was in 2016 with Paint it Black, a film based on the book of the same name by Janet Fitch. In her book Era of Ignition, Tamblyn presents a personal exploration of feminism during divisive times through the lens of her own experiences and of others. Amber lives in New York City with her betrothed, comedian David Cross.

In her own words: “Sip someone else’s logic then spit it out.”