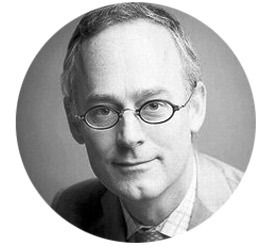 Amor performed on stage for Seriously Entertaining at Joe’s Pub at The Public Theater on April 28, 2014, speaking on the evening’s theme, “In Case Of Emergency.” Watch it below.

Amor Towles’ novel, Rules of Civility, reached the bestseller lists of The New York Times, the Boston Globe, and the Los Angeles Times. It was rated by The Wall Street Journal as one of the ten best works of fiction in 2011.  It has been published in 15 languages and the French translation received the 2012 Prix Fitzgerald. In the fall of 2012, Rules of Civility was optioned by Lionsgate to be made into a feature film. Mr. Towles’s novella, Eve In Hollywood, was published as an ebook in June 2013. His most recent book, The Lincoln Highway, is a New York Times bestseller and was selected by Oprah Daily, Time, NPR, The Washington Post, and Barack Obama as a Best Book of the Year for 2021.

Mr. Towles serves on the boards of the Library of America, the Yale Art Gallery, and the Wallace Foundation.  He is a graduate of Yale College and Stanford University, where he was a Scowcroft Fellow.