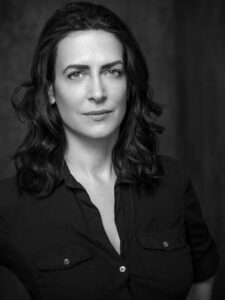 Andrea performed on our virtual stage in our January 27, 2022 edition of Seriously Entertaining, speaking on the evening’s theme, “Come Together.” Watch it below.

Andrea Elliott is an investigative reporter for The New York Times and a former staff writer at The Miami Herald. Her reporting has been awarded a Pulitzer Prize, a George Polk Award, a Scripps Howard Award, and prizes from the Overseas Press Club and the American Society of News Editors. She has served as an Emerson Collective fellow at New America, a visiting journalist at the Russell Sage Foundation, and a visiting scholar at the Columbia Population Research Center, and is the recipient of a Whiting Foundation grant. In 2015, she received Columbia University’s Medal for Excellence, given to one alumnus or alumna under the age of forty-five. Her first book, Invisible Child: Poverty, Survival, and Hope in an American City, was a New York Times Best Book of 2021.