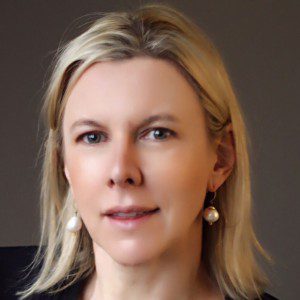 Caroline performed on stage for Seriously Entertaining at Joe’s Pub at The Public Theater on May 22, 2018, speaking on the evening’s theme, “No Man’s Land.”

Caroline Weber is an Associate Professor of French at Barnard and the author of The New York Times Notable Book, Queen of Fashion: What Marie Antoinette Wore to the Revolution. Her essays have appeared in a wide variety of academic and mainstream publications. She has published articles on eighteenth-century authors such as Rousseau, Voltaire, Diderot, Sade, Charrière, and La Chaussée, and on contemporary thinkers like Lacan and Lyotard. She writes regularly for The New York Times Book Review. Her new book is Proust’s Duchess: How Three Celebrated Women Captured the Imagination of Fin de Siecle Paris.

In her own words: “After my long years of absorption in the world that inspired IN SEARCH OF LOST TIME, I am probably best described as “Proust without the genius.” By which I mean that as a writer, under Proust’s creeping influence, I have developed the following traits: a maximalist taste for minute narrative detail & long, sinuous sentences; a fascination, by turns ironic, voyeuristic, & begrudgingly admiring, with the late 19th-c. French aristocracy; & an inability to conclude my tale in just one volume. (Originally PROUST’S DUCHESS was supposed to cover a 50-year period; in its completed form, it begins in 1891 & ends just 3 years later. Luckily Knopf is letting me write a sequel, but they have already warned me that 2 volumes is the most I can hope for. Proust did 7 but, again, he was a genius, & I know my limits.)”