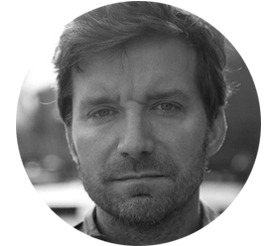 David performed on stage for Seriously Entertaining at Joe’s Pub at The Public Theater on May 20, 2014, speaking on the evening’s theme, “Ink Runs Dry.” Watch it below.

David Gilbert is a highly acclaimed novelist and journalist. His most recent novel, & Sons, was published in 2013, became a national bestseller, and appeared on The New York Times Editors’ Choice list for 2013. It was also named one of the best books of 2013 by The Washington Post, The New Yorker, and The Guardian.  NPR called it, “Smart and savage . . . Seductive and ripe with both comedy and heartbreak, [& Sons] made me reconsider my stance on . . . the term ‘instant classic.’”

His other work includes the story collection Remote Feed and the novel The Normals.  His stories have appeared in The New Yorker, Harper’s Bazaar, GQ, and Bomb. He lives in New York with his wife and three children.