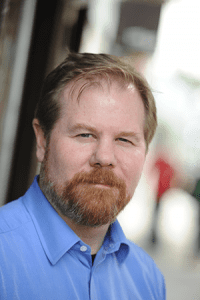 David performed on stage for Seriously Entertaining at Joe’s Pub at The Public Theater on November 1, 2017, speaking on the evening’s theme, “Fear Itself.”

Dr. David Kilcullen is the author of five prize-winning books on terrorism, insurgency, urbanization, and future warfare, including The Dragons and the Snakes: How the Rest Learned to Fight the West, as well as numerous scholarly papers on urbanization, conflict, and the evolution of warfare. He won the Walkley Award (Australia’s equivalent of the Pulitzer Prize) for long-form journalism in 2015, for his reporting on the rise of the Islamic State in Iraq and Syria. He is a contributing editor for military affairs of The Australian, Australia’s national daily newspaper, Professor of International and Political Studies at the University of New South Wales, Canberra, Professor of Practice at Arizona State University, and CEO and President of the global research firm Cordillera Applications Group. Dave is a theorist and practitioner of guerrilla and unconventional warfare, with extensive war zone experience over a 25-year career with the Australian and U.S. governments as an Army officer, intelligence analyst, policy adviser, and diplomat. He served in Iraq as senior counterinsurgency advisor to U.S. General David Petraeus, then as senior advisor to U.S. Secretary of State Condoleezza Rice. He worked for the Defense Advanced Research Projects Agency (DARPA) in Afghanistan and continues to work with advanced research agencies focused on future conflict

In his own words: I always cut, cut and cut—my first drafts are usually one-third to one-half longer than the final version, and I try (not always successfully) to say as much as possible, as simply as possible, in the fewest possible words.