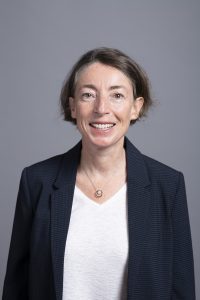 Emma performed on stage for Seriously Entertaining at Joe’s Pub at The Public Theater on September 22, 2015, speaking on the evening’s theme, “Altered States.” Watch it below.

Emma Sky is Director of Yale World Fellows and a Senior Fellow at Yale University’s Jackson Institute, where she teaches Middle East politics and Global Affairs. She is the author of the highly acclaimed The Unravelling: High Hopes and Missed Opportunities in Iraq (2015) and In a Time of Monsters: Travelling in a Middle East in Revolt (2019).

Prior to that, Emma worked in the Palestinian territories for a decade, managing projects to develop Palestinian institutions; to promote co-existence between Israelis and Palestinians. In addition, Emma has provided technical assistance on poverty elimination, human rights, justice public administration reform, security sector reform, and conflict resolution in the Middle East, South Asia, and Africa.

Emma has published numerous articles including in the New York Times, Foreign Affairs, Foreign Policy, Politico, Atlantic, Slate, Survival, Center for a New American Security, US Institute of Peace, the Guardian, and the Journal of the Royal United Services Institute for Defence and Security Studies.

Emma is an Officer of the Order of the British Empire.

In her own words: “I’ve always been bad at following rules. I always want to see where the boundaries lie: if I see a rule, I want to break it.”