“everything which is natural which is infinite which is yes”: Susan Cheever’s E.E. Cummings: A Life 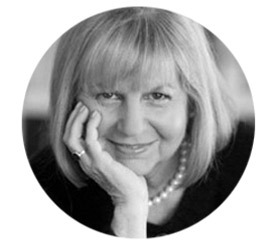 Susan Cheever’s new biography of E.E. Cummings (Pantheon Books, 2014), “one of the great and most important American poets”, begins with the two of them meeting. By the second half of his career Cummings had become a successful public speaker, supplementing the income he brought home with his poetry by accepting invitations to colleges and public venues across the US, and in 1958 he addressed Cheever’s girls’ school. Afterwards Cheever and her father, also a famous writer at this point, drove Cummings back to New York. He’d made quite an impression. “It wasn’t those in authority who were always right,” recalls Cheever; “it was the opposite. I saw that being right was a petty goal — being free was the thing to aim for.” Cummings’s life and work, in Cheever’s splendid book, exist in a state of constant tension between these forces of freedom and authority.

Edward Estlin Cummings was born into a well-to-do family in Cambridge, Massachusetts, in 1894. He was well loved and received generous encouragement in his artistic development from his mother, who greatly desired a poet-son, and his uncle George, one of many influences on his early poetic development. Estlin’s was a mostly happy childhood — his first word was “hurrah” — and the passages in Cheever’s book that deal with his childhood are almost arcadian: “when Estlin came into the house in Cambridge or at Silver Lake, [family dog] Rex would let out a howl of joy, a kind of yodel that led to the family calling him Prince Ahoohaw”. While the bourgeois trappings of his early years became something he would react against for the rest of his life, they nevertheless furnished him with the learning and luxury that would allow him to define himself so successfully in opposition to them. 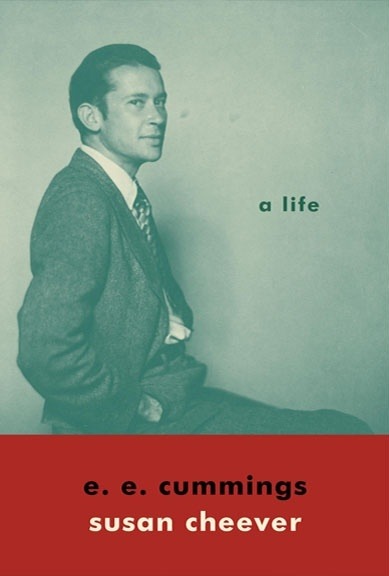 For young Estlin, going to college was a mere stroll down the road to Harvard, where his classmates included John Dos Passos (Manhattan Transfer, U.S.A.) and where those of a poetic bent were falling under the woozy influence of Ezra Pound and the burgeoning modernist movement. Cummings’s Harvard years overlapped with the First World War, and when the US entered the fray he found himself bound for the Western Front. A “bureaucratic glitch” held him in Paris for five weeks, where he grew a moustache and went to the ballet — little wonder, perhaps, that his attitude towards the war was somewhat flip. This nonchalance looked like treachery to the French, who suspected him of treason and asked him outright whether or not he hated the Germans:

Unfortunately, these small-town French officials had no idea whom they were dealing with — an irrational Yankee who prized perversity over safety, a Harvard boy who had been taught that gallantry was all, a poet whose defiance would carry him happily right up to the edge of death. No, Cummings responded; he did not hate the Germans. “J’aime beaucoup les français.“

His subsequent spell in prison formed the basis of his first book, The Enormous Room, published in that great year of modernism 1922 (see Kevin Jackson’s Constellation of Genius — 1922: Modernism Year One). However, it was not prison but Cummings’s romantic life back in New York that would cause “the central trauma of his life — a trauma that made his months at La Ferté look like a carefree summer vacation”.

Cummings’s two legal marriages were short and volatile. The first, which was later annulled, sprang from an affair with a friend’s wife whom Cummings got pregnant. It was a messy situation: “Cummings was still in love with Elaine [Thayer] and would soon love the child she was carrying. [Scott] Thayer himself was still attached to Elaine and might also have been a little bit in love with Cummings […] Elaine was naturally terrified, as most mothers-to-be are, and couldn’t see herself finding safety with any of the alternatives available to her.” It didn’t end well. Cummings’s separation from his infant daughter, Nancy, would become the central trauma Cheever referred to. A second marriage, to the fickle Anne Barton, was no more successful. It was the fashion model Marion Morehouse, whom he never married, who was to be a steady presence for the last three decades of his life.

There were hard times, notably the 1930s, when “everyone was as serious as a revolution” and not so much into experimental versification. But the publication of Collected Poems in 1938 and his successful second career as a public speaker, capitalising on his “whispery yet carrying” voice, ensured that Cummings and Morehouse were able to live in reasonable comfort for the rest of their lives.

Cheever’s research is thorough, her familiarity with the literary and social contexts of Cummings’s life absolute. The book has some great vignettes: Estlin’s brief sojourn in Hollywood (encouraged by the writer of Lassie Come Home, no less); Ezra Pound’s descent into madness; and, most movingly, the reunion between Cummings and Nancy, who grew up a Cummings fan without knowing him to be her true father. Cheever is also refreshingly unafraid to take sides, sniffing at “the prosperous, stuffy years between the end of World War II and the beginning of the 1960s” (“the so-called Greatest Generation”) and opting for an unequivocal rather than historicist take on Cummings’s more anti-Semitic verses, labelling his language “criminal and repulsive”. It’s a clear-eyed portrait, sympathetic but not in awe, fond but not too.
The book’s two hundred pages feature many of Cummings’s poems and letters, carefully selected to illustrate what he might have been thinking or feeling at certain key moments in his life. If you enjoy Cheever’s marvellous volume, you’ll want to check out George James Firmage’s handsome new edition of Cummings’s Complete Poems, 1904-1962.

Susan Cheever is appearing at the House of SpeakEasy’s March 18 Seriously Entertaining show, “Are You For Sale?”

← Prev: Jay McInerney's The Good Life Next: Blog Post of a Wimpy Kid →