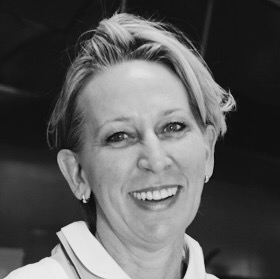 Gabrielle Hamilton is a memoirist as well as the chef and owner of PRUNE in NYC’s East Village. She was nominated for Best Chef NYC in 2009 and 2010 by the James Beard Foundation, and in 2011, she won the category. She was the Season 4 host of the PBS show The Mind of a Chef. Gabrielle’s New York Times bestseller Blood, Bones & Butter: The Inadvertent Education of a Reluctant Chef, has been published in six languages and won the James Beard Foundation’s award for Writing and Literature in 2012. Most recently, her cookbook Prune was published in 2014.

In her own words: “The perfectness of reading is when a book hits you and you hit it and during those hours you are completed in a way you have never been before.”