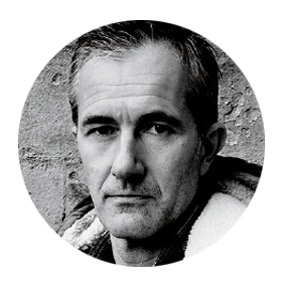 Geoff Dyer is a novelist, essayist, and genre-defying writer of over a dozen books. His latest, White Sands, will be published in May 2016. A Fellow of the Royal Society of Literature, an Honorary Fellow of Corpus Christi College, Oxford, and a member of the American Academy of Arts and Sciences, he has won numerous awards including the E. M. Forster Award from the American Academy of Arts and Letters and a National Book Critics Circle Award for Criticism. He is currently Writer in Residence at the University of Southern California.

In his own words: “Don’t write in public places…it should be done only in private, like any other lavatorial activity.”