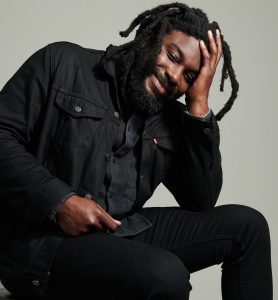 Jason Reynolds is an award-winning and #1 New York Times bestselling author. Jason’s many books include Miles Morales: Spider-Man, the Track series (Ghost, Patina, Sunny, and Lu), Long Way Down, which received a Newbery Honor, a Printz Honor, and a Coretta Scott King Honor, and Look Both Ways, which was a National Book Award Finalist. He collaborated with Ibram X. Kendi to write Stamped: Racism, Antiracism, and You. His most recent book is Ain’t Burned All the Bright. Recently named the National Ambassador for Young People’s Literature, Jason has appeared on The Daily Show with Trevor Noah, Late Night with Seth Meyers, and CBS This Morning. He is on faculty at Lesley University, for the Writing for Young People MFA Program and lives in Washington, DC.

You can find his ramblings at JasonWritesBooks.com.

In his own words: “I create characters first. I love people. I love the ticks and hiccups of humanity. So I start there and distill the characters until they are real. Then they do all the work for me.”