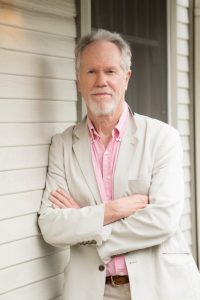 Loudon performed on stage for Seriously Entertaining at Joe’s Pub at The Public Theater on September 26, 2017, speaking on the evening’s theme, “One For The Road.”

For the past fifty years, Loudon Wainwright III has carved out a distinguished career as one of America’s most original singer-songwriters, a six-string diarist with material that is by turns, tongue-in-cheek, tender, satiric, heart-wrenching, and always deeply personal. Along the way, he has released more than twenty albums, won a GRAMMY, acted in film and TV, and has had his songs recorded by artists including Johnny Cash, Mose Allison, Bonnie Raitt, and his own son, Rufus Wainwright.  His one-man show—Surviving Twin, based on his father’s Life Magazine column in the 1960s—toured internationally and became a Netflix special directed by Christopher Guest and produced by Judd Apatow.  He also published a memoir, Liner Notes: On Parents & Children, Exes & Excess, Death & Decay, & a Few of My Other Favorite Things, and in 2018 issued Years in the Making, a 42-track “audio-biography” of rare, offbeat recordings from his remarkable career.

In addition, Loudon Wainwright III has unveiled his new album, I’d Rather Lead A Band (October 9/Thirty Tigers).  A collaboration with Vince Giordano and his band The Nighthawks, and producer and music supervisor Randall Poster, the 14-song collection is a loose, fresh, and “anti-nostalgic” take on classic songs from the 1920s and ‘30s featuring Wainwright as singer and bandleader.

In his own words: “I’ve used what happened—the different events, the births of children, birthdays. Connecting, not connecting. Regret, shame, guilt. I mean, they’re all in the songs. And love, too, I hasten to add.”