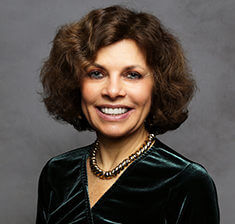 Nadine performed on stage for Seriously Entertaining at Joe’s Pub at The Public Theater on October 22, 2019, speaking on the evening’s theme, “Into The Silence.”

Nadine Strossen is Professor of Constitutional Law at New York Law School and the first woman national President of the American Civil Liberties Union, where she served from 1991 through 2008. A frequent speaker on constitutional and civil liberties issues, her media appearances include 60 Minutes, CBS Sunday Morning, Today, Good Morning America, The Daily Show, and other news programs. Her op-eds have appeared in The New York Times, The Washington Post, The Washington Times, and USA Today, among others. She is the author of Hate: Why We Should Resist It with Free Speech, Not Censorship.