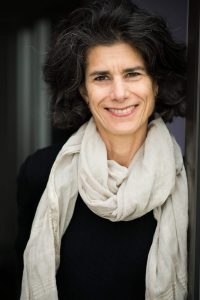 Nancy performed on stage for Seriously Entertaining at Joe’s Pub at The Public Theater on January 21, 2020, speaking on the evening’s theme, “Feast Your Eyes.”

Nancy Princenthal is a Brooklyn-based writer whose book Unspeakable Acts: Women, Art, and Sexual Violence in the 1970s was named one of the best art books of the year by the New York Times, and one of the best of the decade by Art News. Her previous, Agnes Martin: Her Life and Art received the 2016 PEN/Jacqueline Bograd Weld Award for Biography. She is also the author of Hannah Wilke, and her essays have appeared in monographs on Doris Salcedo, Robert Mangold, Janet Biggs, and Alfredo Jaar, among others. A Contributing Editor (and former Senior Editor) of Art in America, she has also contributed to the New York Times and many other publications. Princenthal has taught at Bard College, Princeton University, and Yale University, and is currently on the faculty of the School of Visual Arts.