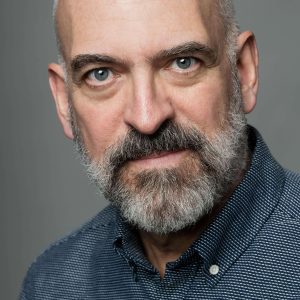 Paul performed on stage for Seriously Entertaining at Joe’s Pub at The Public Theater on April 21, 2020, speaking on the evening’s theme, “Going The Distance.”

Paul Lisicky is the author of the memoir Later: My Life At the Edge of the World, as well as The Narrow Door (a New York Times Editors’ Choice), Unbuilt Projects, The Burning House, Famous Builder, and Lawnboy. His work has appeared in The Atlantic, BuzzFeed, Conjunctions, Fence, The New York Times, Ploughshares, Tin House, and in many other magazines and anthologies. A 2016 Guggenheim Fellow, he has received awards from the National Endowment for the Arts, the James Michener/Copernicus Society, and the Fine Arts Work Center in Provincetown, where he has served on the Writing Committee since 2000. He has taught in the creative writing programs at Cornell University, New York University, Sarah Lawrence College, The University of Texas at Austin, and elsewhere. He is currently an Associate Professor in the MFA Program at Rutgers University-Camden and lives in Brooklyn, New York.