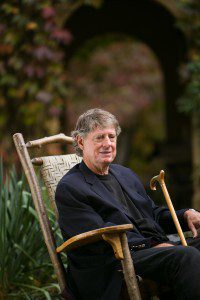 Richard performed on stage for Seriously Entertaining at Joe’s Pub at The Public Theater on September 18, 2018, speaking on the evening’s theme, “The Long Way.”

Richard M. Cohen began his journalism career at ABC News in 1971 as assistant producer of Issues and Answers and floor producer for Ted Koppel at ABC News at both 1972 political conventions.  He went on to a twenty-five-year career in network television news on shows such as PBS’s McNeil Lehrer Report and The CBS Evening News, where he was the recipient of numerous awards in journalism, including three Emmys, a George Foster Peabody, and a Cable Ace Award. Cohen wrote Chronically Upbeat, a semi-weekly online column for AARP: The Magazine. Richard now writes Journey Man, an independent blog, also carried by The Huffington Post.  Cohen is the author of a number of New York Times bestselling books, including Blindsided, Strong at the Broken Places, and, most recently, Chasing Hope. Cohen has been awarded an honorary Doctor of Humane Letters at Simpson College and The Mt. Sinai Hospital School of Medicine in New York. Cohen was the recipient of a 2009 AARP Inspire Award. The Vatican named Richard M. Cohen a Pontifical Hero in 2018. Cohen was a founding member of the advisory council of the Harvard NeuroDiscovery Center and now sits on the Advisory Board of The Program for Interdisciplinary Neuroscience at the Brigham and Women’s Hospital in Boston.