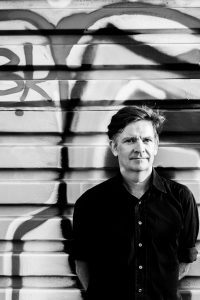 Rob performed at a SpeakTogether student matinee at Edward R. Murrow High School in Midwood, Brooklyn, in September of 2019, speaking on the theme, “The Road Not Taken.”

Rob Spillman co-founded and edited the seminal literary magazine Tin House, which was the recipient of the inaugural CLMP Firecracker Award for Magazine of the Year in 2015. He is the recipient PEN/Nora Magid Award for Editing, the Vido Award, and the CLMP Energizer Award for Acts of Outstanding Literary Citizenship. His writing has appeared in numerous magazines and newspapers, including The New York Times Book Review, Rolling Stone, and Sports Illustrated. He is also the editor of Gods and Soldiers: the Penguin Anthology of Contemporary African Writing. He has taught at writing workshops around the world, including Brisbane, Australia; Lagos, Nigeria; St. Petersburg, Russia; and Nairobi, Kenya. He is currently a lecturer at Columbia University. His memoir, All Tomorrow’s Parties, was published by Grove Press in 2016.