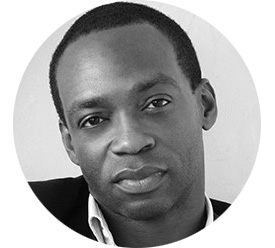 Rowan Ricardo Phillips is the author of Heaven and The Ground: Poems, for which he received a 2013 Whiting Writers’ Award, the 2013 PEN/Joyce Osterweil Award, and the 2013 Great Lakes Colleges Association New Writers Award for Poetry. In addition to poetry, Phillips writes literary criticism, art criticism, and non-fiction: he is the author of a study of poetry, When Blackness Rhymes with Blackness; the translator, from the Catalan, of Salvador Espriu’s Ariadne in the Grotesque Labyrinth; a contributing writer for Artforum Magazine; and he has also written extensively on soccer for The New Republic and The Paris Review. In 2015 he was awarded a Guggenheim fellowship for poetry. Phillips has taught at Stony Brook, Princeton, Harvard, and Columbia. A Fellow of the New York Institute for the Humanities at NYU, he divides his time between New York City and Barcelona.

In his own words: “The sign on the door of my life hasn’t said, Writer. And yet I write. I’ve always written. But that’s because I’ve always read.”