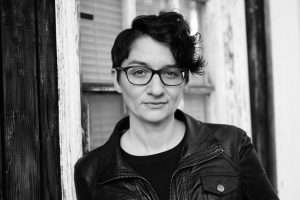 Roger Rosenblatt is the author of five New York Times Notable Books of the Year, and three New York Times bestsellers. He has written seven off-Broadway plays and his essays for Time and the PBS Newshour have won two George Polk Awards, the Peabody, and the Emmy, among others. In 2015, he won the Kenyon… END_OF_DOCUMENT_TOKEN_TO_BE_REPLACED

Ian Olasov is an adjunct professor and doctoral candidate at the City University of New York Graduate Center. His writing has appeared in Slate, Vox, Public Seminar, and elsewhere. He won the American Philosophical Association’s Public Philosophy Op-Ed Prize in 2016 and 2018. He runs the Ask a Philosopher booth in locations around New York City. His… END_OF_DOCUMENT_TOKEN_TO_BE_REPLACED

Nick Flynn is the author of This Is the Night Our House Will Catch Fire and three previous memoirs, including the PEN/Joyce Osterweil Award–winning Another Bullshit Night in Suck City, and four volumes of poetry. A professor on the creative writing faculty at the University of Houston, he lives in Brooklyn, New York. He will be joining… END_OF_DOCUMENT_TOKEN_TO_BE_REPLACED

Liara Tamani lives in Houston, Texas. She holds an MFA in writing from Vermont College. She is the author of the acclaimed Calling My Name, which was a 2018 PEN America Literary Award Finalist and a 2018 SCBWI Golden Kite Finalist, and All the Things We Never Knew. She will join Michael Ian Black, Nick Flynn, and Ian… END_OF_DOCUMENT_TOKEN_TO_BE_REPLACED

Jeff VanderMeer’s New York Times-bestselling Southern Reach trilogy has been translated into over 35 languages. The first novel, Annihilation, won the Nebula Award and Shirley Jackson Award, and was made into a movie by Paramount. Other work includes Dead Astronauts, Borne (a finalist for the Arthur C. Clarke Award), The Strange Bird. These novels, set… END_OF_DOCUMENT_TOKEN_TO_BE_REPLACED

Charles Yu is the author of three books, including the novel How to Live Safely in a Science Fictional Universe (a New York Times Notable Book and a Time magazine best book of the year), and, most recently, Interior Chinatown. He received the National Book Foundation’s 5 Under 35 Award and was nominated for two Writers Guild of America Awards for his… END_OF_DOCUMENT_TOKEN_TO_BE_REPLACED

Kevin Mattson grew up in the suburban sprawl known as the Washington, D.C. Metropolitan Area. It was here that he first experienced the “punk rock world” that fueled his formative years. He played in bands, wrote for zines, and became politically active, helping to cofound the organization Positive Force. He now teaches American history at… END_OF_DOCUMENT_TOKEN_TO_BE_REPLACED

Sameer Pandya is the author of the story collection The Blind Writer, which was longlisted for the PEN/Open Book Award. He is also the recipient of the PEN/Civitella Fellowship. His fiction, commentary, and cultural criticism has appeared in a range of publications, including the Atlantic, Salon, Sports Illustrated, ESPN, and Narrative Magazine. He is an Assistant Professor in the Department of… END_OF_DOCUMENT_TOKEN_TO_BE_REPLACED

Marina Budhos is an author of award-winning fiction and nonfiction. Marina is the author of the young adult novels Tell Us We’re Home, which was a 2017 Essex County YA Pick, and Ask Me No Questions, recipient of the first James Cook Teen Book Award, an ALA Best Book and Chicago Library’s Best of the… END_OF_DOCUMENT_TOKEN_TO_BE_REPLACED 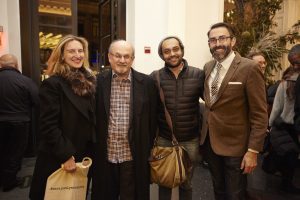