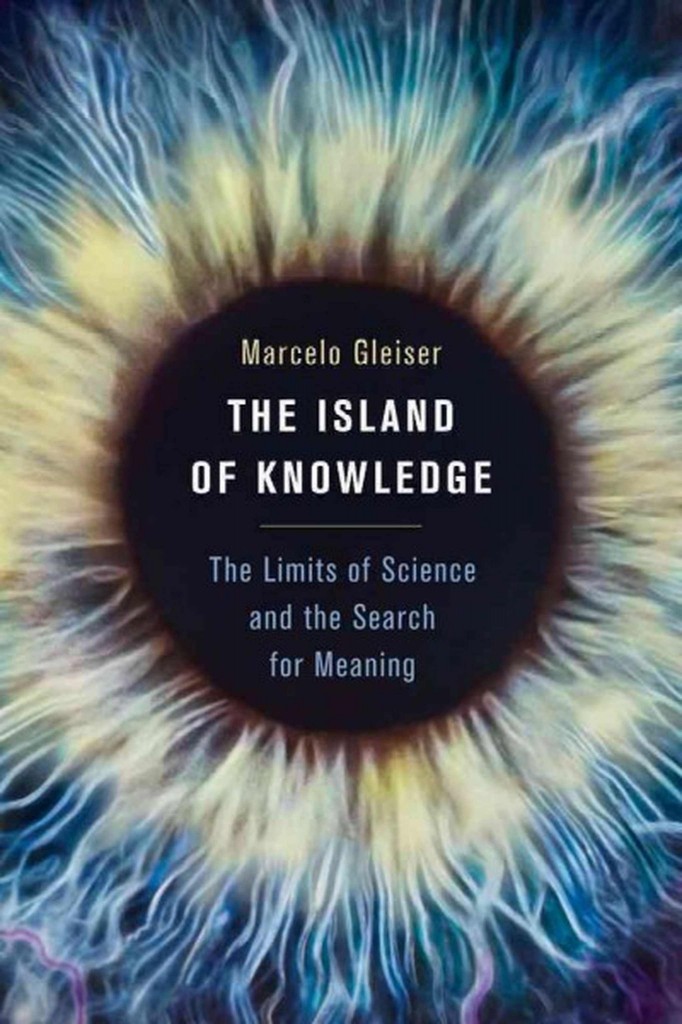 We must recognise that because of the very nature of human inquiry every age has its unknowables. The question we need to address, then, is whether certain unknowables are here to stay or whether they can be dealt with in due course. Must every question have an answer?

Picture an island. The ocean, in all directions, stretches to the horizon. The island is what we know and understand of the universe. The ocean recedes and advances unevenly around the coastline as we learn more, subsuming what turned out to be false and revealing new land when a new “truth” is affirmed. This is the central metaphor in Marcelo Gleiser‘s endlessly fascinating The Island of Knowledge: The Limits of Science and the Search for Meaning (Basic Books, 2014). In this free-ranging, accessible account of what we know, how we came to know it, and what we can maybe never know, Gleiser reveals wonders both cosmic and quantum. Although its subtitle, “The Limits of Science and the Search for Meaning,” may sound defeatist, The Island of Knowledge is instead inspiring. It’s a tribute to the extraordinary enterprise of the world’s scientists and philosophers over the last few millennia. It’s a paean to our boundless capacity for awe. And, in its closing pages, it’s a celebration of limitation as something that might in fact be intrinsically human.

The book is split in three: “The Origin of the World and the Nature of the Heavens”; “From Alchemy to the Quantum: The Elusive Nature of Reality”; and “Mind and Meaning.” In the first part, Gleiser takes us on a historical journey. We meet the earliest astronomer-philosophers, observing the skies with just the naked eye, and are acquainted with current theories surrounding multiverses and the origins and future of the universe. We see how science — the investigation and description of the world through testable hypotheses — was born of observation. The series of conceptual shifts regarding the nature of celestial bodies began with the Danish astronomer Tycho Brahe, who spent three decades measuring the movement of plants with nothing but “quadrants, sextants, astrolabes, and other instruments.” His measurements were enough for Johannes Kepler to demonstrate that the orbit of Mars is elliptical. “Few examples in the history of science,” Gleiser suggests, “illustrate so clearly the power of high-precision data as a catalyst for a revolutionary shift in our collective worldview.” Kepler’s suspicion that the movement of the Sun and the planets was due to a kind of magnetism laid the conceptual groundwork for Newton’s “discovery” of gravity. Galileo played a part, too, with his demonstration that objects of different masses fall at the same rate. Newton then arrived

as the great unifier, the man who ties the physics of the Earth with that of the heavens. He shows that both Galileo’s law of free fall and Kepler’s laws of planetary motion are, in effect, the same, as he expressed in his law of universal gravity.

The telescope and its twin, the microscope, offered new ways of looking at the world and gave rise to exciting new theories. Then the dawn of the twentieth century brought with it another great revolution in thought. Einstein’s theory of special relativity changed how we think about time and space. His work is now the basis of our understanding of the origins and possible future of the universe. The work of Stephen Hawking from the 1960s on has led to the widely accepted notion that the universe must have begun as a singularity. Others’ work on cosmic inflation — the period of rapid expansion of the universe following the Big Bang — and multiverses (possible alternative or additional universes) brings us to where we are now in our knowledge. The further we’ve come, the more we know we don’t know. And in multiverses, we arguably butt up against a logical unknowable, as that which exists beyond our own universe is necessarily unmeasurable. But is that the end of the story?

Consistent with the notion that the Universe has been expanding since its beginnings is the notion that in the distant past it was very small — so small, in fact, that the rules of quantum physics had to determine its overall behavior.

Part II tells the story of our enduring fascination with the very essence of things. Democritus, who believed that “truth is in the depths,” intuited that knowledge of the most fundamental sort lay beyond his purview. Alchemists’ obsession with transformation belied an overwhelming need to understand those fundaments. The advent of quantum physics represented a major advance in our understanding of essence. As a narrative, it describes the very small, “a reality quite distinct from our own.” We see that the so-called “classical” worldview is no more than an approximation: Newtonian physics may be adequate for describing large bodies, but it’s insufficient at a quantum level. The work of Ernest Rutherford and Niels Bohr in describing the atom was an essential first step. Heisenberg’s uncertainty principle demonstrated how we cannot know simultaneously the velocity and position of a particle, pulling the rug out from those in the scientific community who hoped that quantum physics might provide a (crypto-religious) description of causation and order in the world. “Strictly speaking,” Gleiser writes, “the act of measurement gives reality to what is being measured, bringing it from the netherworld of quantum potentialities to the concrete world of detection and sensorial perception.” This conclusion is a philosophical nightmare. If the act of observation affects measurement, what are the ontological implications? If we cannot see the Moon, is it still there? Quantum mechanics, Gleiser concludes, “forces us to confront the unknowable head-on.”

In Part III, we visit questions epistemological. In the discovery and formalisation of mathematics, we see how science and faith overlap in their aims. Patterns in nature led to the belief that reality might be “the handiwork of invisible purveyors of regularity [… and thus] the origin of things is always associated with the emergence of order, with or without a divine hand to guide it.” Mathematics, in providing the language of physics, attained a particularly lionized position in the scientific pantheon. But knowledge is only ever partial, even in a science as pure as math. As Gödel and Turing found, “mathematics as a formal structure is not complete, it is not consistent, and it is not decidable.” Despite the money pouring into schemes like the Human Brain Project, can algorithms really be used to simulate human brain activity? And if they can’t, does this point to the existence of some other force or impulse? A soul, even?

Marcelo Gleiser’s is “a view of open-ended pursuit, not of envisioned ends.” As he suggests, science can be reduced to narratives that best reflect the knowledge of the day. We can’t necessarily know the extent of what we don’t know. The enormous scientific advances of the last few centuries have opened up countless avenues of research, and this is, in Gleiser’s view, enough. “Awe,” he says, “is the bridge between our past and our present, taking us forward into the future as we keep on searching.” It’s arguably a lesson we all learned as children: pleasure lies more in the coveting than the having.

You can see Marcelo Gleiser at our next Seriously Entertaining show, Inside the Lie, at City Winery on September 29. Buy tickets here. Also featuring: Natalie Haynes, John Guare, Gail Sheehy, and Andrew Solomon. You can buy Gleiser’s The Island of Knowledge, and other books he’s written, at McNally Jackson.