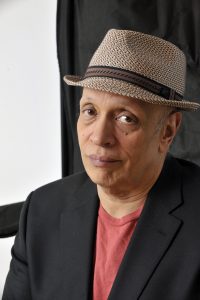 Walter performed on our virtual stage for Seriously Entertaining on February 23, 2021, speaking on the evening’s theme, “I Have Dreamed.” Watch it below.

Walter Mosley is the author of more than 60 critically-acclaimed books of fiction, nonfiction, memoir, and plays. His work has been translated into 25 languages.  From the first novel he published, Devil in a Blue Dress with its protagonist Easy Rawlins, Mosley’s work has explored the lives of Black men and women in America—past, present, and future—in a rich exploration of genre with his latest including the short story collection, The Awkward Black Man. He has had several of his books adapted for film and tv including Devil in a Blue Dress,  Always Outnumbered, Always Outgunned, and the forthcoming Apple TV+ production of The Last Days of Ptolemy Grey. His short fiction and nonfiction essays have been published in a wide range of outlets including The New York Times, The Los Angeles Times, and The Nation. He is also a writer and an executive producer on the John Singleton FX show, “Snowfall.” His latest book is Blood Grove.

He is the winner of numerous awards, including an O. Henry Award, The Mystery Writers of America’s Grand Master Award, a Grammy®, several NAACP Image awards, and PEN America’s Lifetime Achievement Award. In 2020 he was named the recipient of the Robert Kirsch Award for lifetime achievement from the Los Angeles Times Festival of Books and was awarded the Distinguished Contribution to American Letters Award from the National Book Foundation. Born and raised in Los Angeles, Mosley now lives in Brooklyn and Los Angeles.

In his own words: “Writing fiction is a form of dreaming, remembering events that really didn’t happen like that. Words I never really uttered, words that were said to me, but that were never really said.”