1922 and All That: Kevin Jackson’s Constellation of Genius 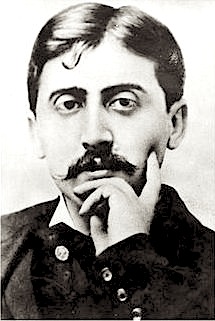 Let’s try to imagine the reactions of an unprepared, average reader of 1922, content with his beer and skittles and his Kipling. Suddenly, enter a skinny, shabby Irishman and a natty, quietly sinister American between them hell-bent on exploding everything that realistic fiction and Georgian poetry held dear.

Enter also Pound, Proust, Freud, Hemingway, Kafka, Matisse, Picasso, Stravinsky, Gershwin, Le Corbusier, Chaplin, Buñuel… The cast list of Kevin Jackson’s marvellous journal of a watershed year, Constellation of Genius: 1922 – Modernism Year One, certainly justifies its title. It was a year bookended by the publications of James Joyce’s Ulysses and T.S. Eliot’s The Waste Land, but to isolate the two would be to cut them senselessly adrift and Jackson wisely immerses us instead in context. He moves day by day, noting the major and minor biographical details of his subjects and the principal political events of 1922, from Mussolini’s rise to power to the Irish Civil War. Letters and diaries are ransacked for their contemporary insights. And there are some great one-liners, too (January 20, Iowa: “Christian K. Nelson took out a patent on the Eskimo Pie”). 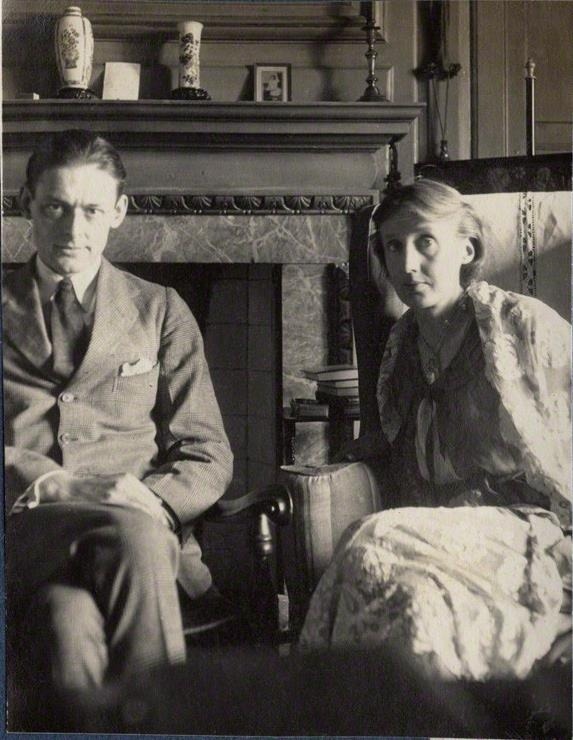 Here are ten things I learned:

André Breton helped Proust with the corrections of The Guermantes Way. The founder of surrealism, a mere twenty-five at the start of the year, crops up throughout the book, hosting seances, disrupting performances and declaring Dada passé.

Buster Keaton was thus named by Houdini. Testament to the depth of Jackson’s research that this only makes a footnote. As a toddler, Keaton had fallen unscathed down a flight of stairs in a theatrical boarding house. Standing by, Houdini commented, “That was a real buster!”, adopting the stage term for a “particularly spectacular pratfall”.

Flappers spoke a different language. Jackson devotes three pages to a hugely entertaining glossary of flapper terms, “as compiled by Miss Ella Hartung in 1922”. Some of my favourites: applesauce — flattery or bunk; alarm clock — a chaperone; barney-muggin — love-making; and sharpshooter — a good dancer (who spends his money freely).

Ernest Hemingway’s style was born of necessity. At the Genoa conference in April, the journalist Lincoln Steffens observed Hemingway marvelling at his own abilities to condense information into as few words as possible for telegraphing back to the States: “no fat, no adjectives, no adverbs — nothing but blood and bones and muscle. It’s great. It’s a new language.”

Joyce and Proust had nothing to say to each other. My favourite sequence is the “legendary modernist supper party at the Majestic”, emceed by Sergei Diaghilev and attended by Picasso, Stravinsky, Joyce, Proust and some thirty-five others. Joyce arrived late, drunk, ashamed by his lack of proper formal attire; Proust was later still. In the words of Clive Bell, “At half-past two in the morning up popped Proust, white gloves and all, for all the world as if he had seen a light in a friend’s window and had just come up on the chance of finding him awake.” There are several accounts of the dialogue that occurred between these giants of modernism, from the banal: 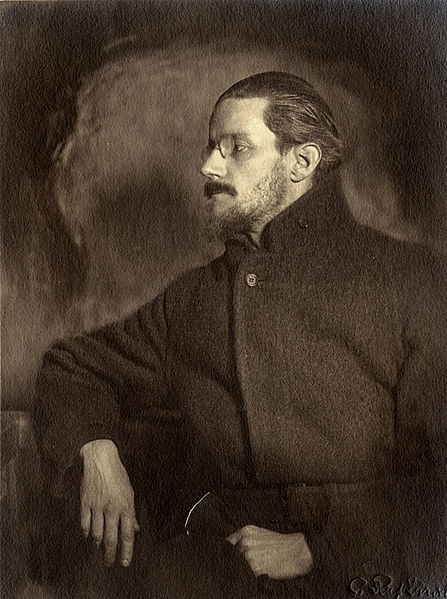 James Joyce, whose Ulysses was published in 1922

Proust: Do you like truffles?
Joyce: Yes, I do.

…and my favourite, allegedly Joyce’s own version:

Thomas Hardy was a big fan of cats. On July 19, after tea with fellow novelist E.M. Forster:

Hardy took Forster round the graveyard devoted to his generations of cats, each of which had its own headstone. All of them, Forster noted, seemed to have met violent deaths: Snowball run over by a train, Kitkin cut in two; Pella another train victim… and of course, Hardy added, they had only buried those cats whose remains had been discovered. Many more had simply vanished. Forster told his mother that the scene struck him as so Hardyesque that he could remain solemn only with great effort.

Virginia Woolf was underwhelmed by Ulysses… and a bit of a snob too. Writing in her diary on August 16:

I have read 200 pages so far — not a third; & have been amused, stimulated, charmed interested by the first 2 or 3 chapters — to the end of the Cemetery scene; & then puzzled, bored, irritated, & disillusioned as by a queasy undergraduate scratching his pimples. And Tom [T.S. Eliot], great Tom, thinks this on a par with War & Peace! An illiterate, underbred book it seems to me: the book of a self taught working man, & we all know how distressing they are, how egotistic, insistent, raw, striking & ultimately nauseating. When one can have the cooked flesh, why have the raw?

Politics was a writer’s game in 1922. H.G. Wells, Bertrand Russell and Leonard Woolf all ran for Parliament in the general election that year. 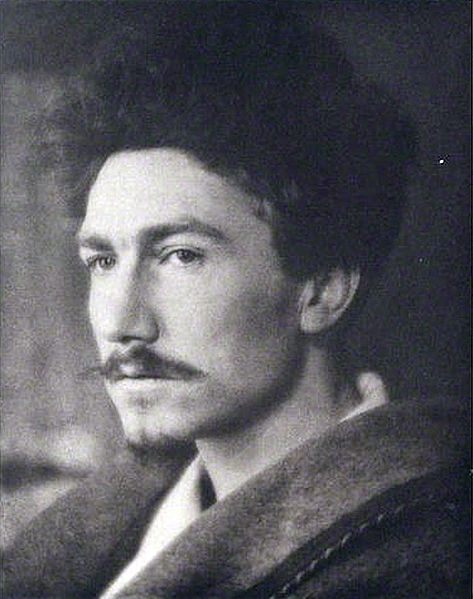 Ezra Pound, a key (if controversial) figure in modernist literature

You can’t believe what you read. Turns out Howard Carter’s famous account of the discovery of the tomb of Tutankhamun was ghost-written, and the real dialogue at the opening of the tomb rather less poetic. Still, the world prefers:

For the moment — an eternity it must have seemed to the others standing by — I was struck dumb with amazement, and when Lord Carnarvon, unable to stand the suspense any longer, inquired anxiously, ‘Can you see anything?’, it was all I could do to get out the words, ‘Yes, wonderful things.’

Basically, a lot of incredible people worked together back then. On December 20, Jean Cocteau’s Antigone opened in Paris with a score by Arthur Honegger, decor by Picasso and costumes by Chanel. Beat that, 2014.