Can The News Make Us Better? 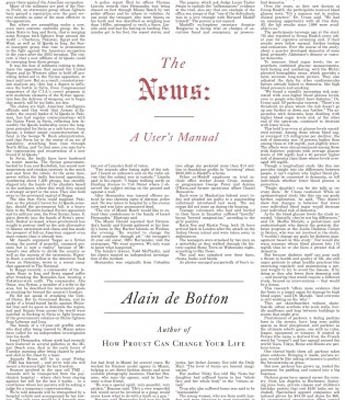 You’re back at work after a lovely long weekend. You log on to your computer.

What’s the first thing you do? Check the news?

In his latest book, Alain de Botton, who has made a career examining how we love, live and work, tackles one of the most ubiquitous yet under-analysed aspects of modern life. The News: A User’s Manual (Pantheon Books, 2014) sets out to expose the essentially weird and hazardous relationship we have with news. De Botton’s concern stems from a simple worry: given that the news is the dominant form of education for the world’s adult population, shouldn’t we be more concerned by its unselfconscious presentation of a simplistic worldview?

After all, who hasn’t felt at times that the news is just depressing, unedifying, even boring? It affords us direct access to what de Botton calls “the crucible of human horror” without once acknowledging the flipside (“65 million people go to bed every night without hitting or murdering anyone”). It introduces us to a range of characters enviable for their looks, wealth and fabulous successes, then strikes them down for their hubris. It blows our tiny minds with fiscal stats no more truly comprehensible than the temperature of the sun or our distance from Neptune. And it shows us corruption in places we’ve never heard of perpetrated by people whose lives look nothing like ours. These, de Botton argues, are inadequate techniques for presenting world events. “At the very moment when our societies have reached a stage of unparalleled complexity,” he writes, “we have impatiently come to expect all substantial issues to be capable of drastic compression.” But they’re not.

So what’s the solution?

The main problem is lack of complexity. News organisations, de Botton claims, “are institutionally committed to implying that it is inevitably better to have a shaky and partial grasp of a subject this minute than to wait for a more secure and comprehensive understanding somewhere down the line”. The culture of breaking news has led to a permaflow of speculation and misinformation being presented as facts, or at the very least as being part of a “developing situation”. In Heisenbergian terms, this can even affect the trajectory of a story. If a fire crew hears a rumour on the news that there are people still stuck inside a burning building, what can they do but go back in? 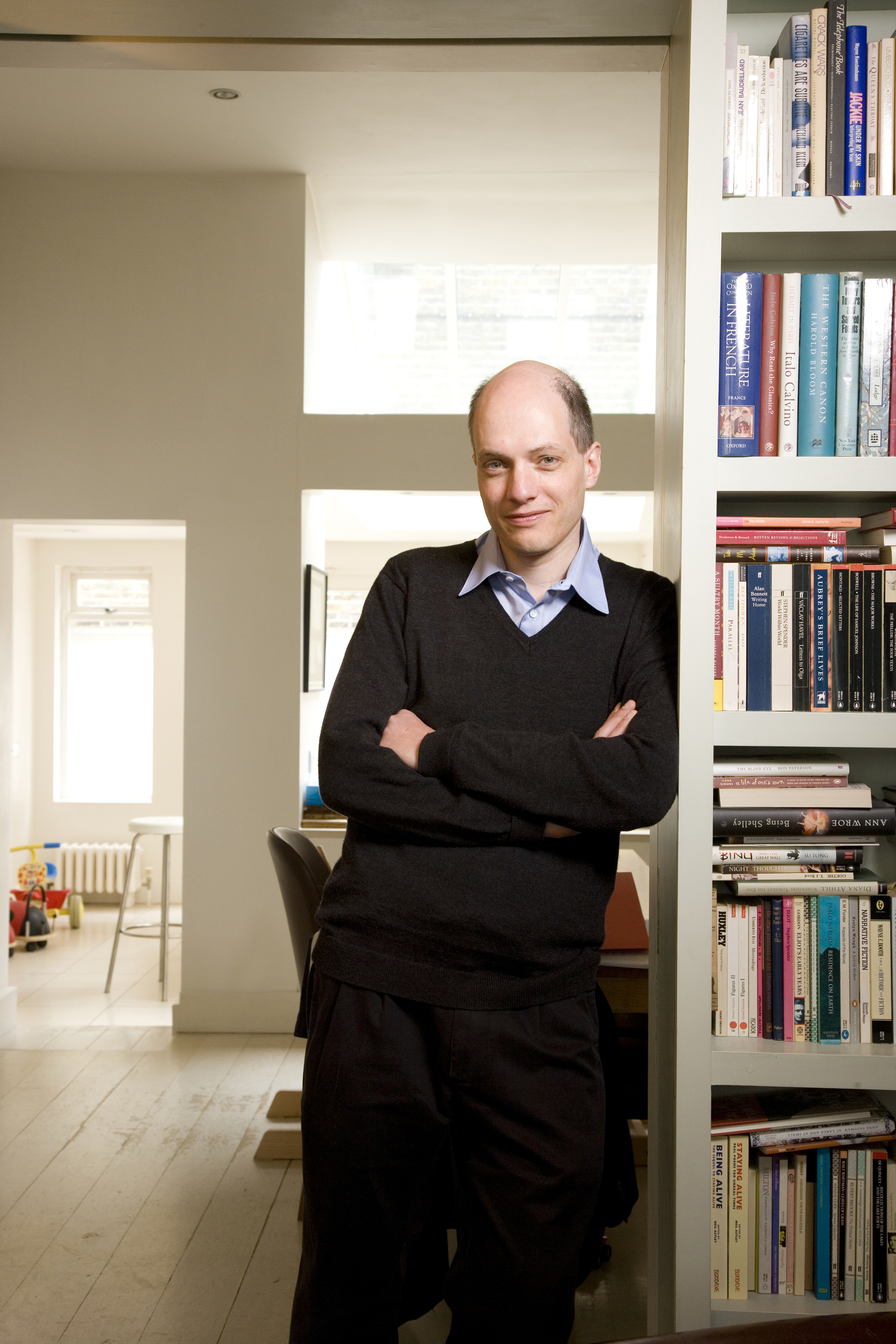 But even the sober next-day write-up can be severely myopic. News stories are too often context-lite, a mere dip into a narrative infinitely more complex. “It is as if we were being asked to open our eyes a millimetre or two above an inchoate bluish-purple surface marked with random black dashes tinged white along their edges,” de Botton suggests. Whatever we see, we’re unlikely to realise that what we’re staring at is a Titian. And without that sense of scale, we make bad judgements. It’s easy to assume that incompetence or malice are at the heart of our leaders’ failure to make the world a better place. In reality, it’s usually more complicated. And the news industry’s self-appointment as a kind of check on executive power — or even secondary police force — is all very well and good when it comes to Watergate-style busts, but it’s shamelessly ineffective at tackling the unglamorous, systemic problems that ultimately stymy the progress of civilisation. Journalism, for de Botton, “is, or should be, a government in exile that works through all issues of national life with a view to suggesting ways to build a better country”.

This is quite something. Can the news be re-presented in such a way that it can actually make us better?

Take the aforementioned “crucible of human horror”. Playwrights of old devoted two hours’ stage traffic to transforming horror into tragedy, a form that revels in gruesome detail but ultimately enlightens through its empathetic presentation of human psychology. If we can understand a little more about criminal motives and the emotional consequences of violence, at the very least we are relieved of the terror that we live in an irrationally hostile world. The presentation of violence in art, when accompanied by catharsis, can be a way of working through what’s hardest about being human. Through adopting some more creative techniques, in essence reversing the polarity of the new journalism, might reporters not also offer a kind of catharsis?

George Eliot once wrote that “the extension of our sympathies” was one of the primary purposes of art. De Botton suggests that the news can do the same. And not just in persuading us that every murderer might have the tragic potential of a Hamlet. In a chapter on world news, he argues that the reason many of us are turned off by it is because it’s psychologically harder to get worked up about a coup in some far-flung part of the world if one has no concept of what’s ordinary there. His model for an ideal news organisation makes space for a kind of reportage driven by promoting the ordinary a little more, by restoring a sense of worldly balance to a news cycle dominated by the absurd or extreme. This would make cross-cultural empathy a much easier prospect.

He also considers celebrity news, and asks what might happen if we distilled what it is we find truly impressive about famous people. That way, our envy at their seeming-infinite virtue and our scorn at their Icarian fall will abate, leaving behind a more measured sense of what we might all usefully strive towards. In de Botton’s world, “every celebrity story would at heart be a piece of education, an invitation to learn from an admirable person about how to become a slightly better version of oneself”.

However one takes de Botton’s recommendations for an ideal news organisation, his User’s Manual is certainly a useful corrective to the hegemony of News as we know it. And if we all just thought a little bit differently about it as a result, perhaps we’d be one step towards being better through news.

Check out The News: A User’s Manual at McNally Jackson here and follow Alain de Botton on Twitter here.

← Prev: The Ink Runs Dry Next: To Rise Again At A Decent Hour →