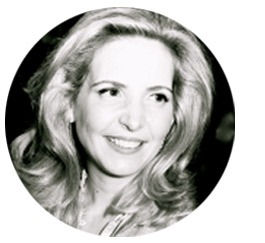 In this article, originally published in The Sunday Times in the UK, House of SpeakEasy co-founder Amanda Foreman outlines the ongoing battle between online retailer Amazon and book publishers, led by Hachette Book Group.

One of the greatest monopolies in history was the medieval Catholic Church. Its religious and temporal power was absolute until confronted by an even more potent rival: the printed book. Today, print is once more at the centre of a cultural revolution. Only this time it is not the challenger to a global monopoly but its most successful weapon.

Amazon, founded and controlled by Jeff Bezos, used the humble book to leverage itself into becoming the world’s largest online retailer. It took 20 years for Amazon to emerge as a monopolistic power. Last week, by creating an effective blacklist of authors for use as a bargaining tool against Hachette Book Group, the company showed us how far it would go in its abuse of that power.

The public has only recently become aware of the long shadow war between Amazon and the publishing industry. In February Amazon began quietly “disappearing” certain authors in an attempt to force Hachette into giving larger discounts on its books.

What the public does not know is that the real fight is about kickbacks. How can Amazon make up for the fact that it sells almost all its books at a loss?

The money has to come from somewhere — and it does so in the form of “fees” that the publishers must pay to have their books listed. It is the fees, not consumer choice, that drive nearly every aspect of how a book is displayed and recommended on Amazon.

In most economic and political situations this practice is called “pay to play” and is banned.

Amazon glories in its ability to operate behind a wall of silence. Its line is that it doesn’t talk to the press, but the real point is that it is able to dictate that same line to the rest of the book industry. No one in mainstream publishing dares to speak out because of the restrictions of punitive non-disclosure agreements.

Even now, with more than 5,000 Hachette books and their authors held hostage by Amazon, Hachette hasn’t said — can’t say — what the struggle is about. Nor has the German division of Bonnier, the other publisher involved in similar negotiations.

Instead, both companies have dug in, issuing press releases declaring their commitment to resist the (unknown) terms offered. The reason they have taken this potentially ruinous stance is because they have no alternative. Ruin stares them in the face if they capitulate. The same threat applies to the rest of the book industry when it comes to their turn to negotiate with Amazon.

According to estimates by Forbes magazine, Amazon controls 50% of total book sales in the United States. That does not amount to a monopoly under the terms of the Sherman Anti-Trust Act (1890), although in practice it effectively is one.

Amazon, especially in the ebook division, has no viable competition. Thanks to a combination of predatory pricing, strategic takeovers and tax avoidance, it has very little competition anywhere.

The world’s most efficient purveyor of nappies, underwear and batteries does not need Hachette and Bonnier to survive. If Amazon never sold another book, the dent to its overall sales would be small: a reduction of $5.25bn (£3bn) in its $75bn annual revenue.

Amazon claims to be on the side of the consumer. But excluding certain writers, discouraging sales and extorting kickbacks in return for promotion are not the actions of an open, consumer-oriented emporium.

In the short term, authors have had to adjust to an Amazon-dominated world. With a few exceptions, writers across the board have suffered a dramatic loss of income.

Amazon’s real attitude to the book industry was revealed in its public statement last Tuesday. This referred to books as “demand-weighted units”. They are not. A customer looking for Tolstoy’s War and Peace won’t buy Talshoy’s Peace and War because it is cheaper. Despite what Amazon would like us to believe, Tolstoy’s book has value, the other simply a price.

Publishers, for all their faults, understand this. If they go to the wall (along with independent booksellers), so will the financial structure that supports non-fiction, serious fiction and poetry.

The pernicious changes to literary life go much further and deeper, however. All parts of the book trade have become vulnerable to distortion because that is how monopolies thrive, by distorting and corrupting the world around them.

By way of illustration, the only literary organisation I found that was prepared to go on the record to me was the Authors Guild, which receives no money from Amazon.

The foundation of democracy was formed on the bedrock of books. It’s why non-democratic countries try so hard to control them. Disney has already allowed Chinese censors access to film sets, giving them carte blanche to decide what their compatriots may see. It is hardly a leap to imagine a similar scenario taking place at Amazon — soon, if it is allowed to morph into both a monopoly and a monopsony.

In the long term, the risk to the public good is that Amazon’s power will diminish the fundamental freedom to express ideas through the written word. At best, the ability to research, reassess and reflect on the human condition will become a privilege for a select few, made possible by handouts from the state and private philanthropy.

To the question “What can we do about this?” the answer is “plenty”. Market regulators need to break up Amazon into its constituent parts, just as they once did with the banking monopolies.

The big five publishers need to hold firm against Amazon’s demands; the freedom of the creative marketplace depends on it. Customers need to listen to the advice offered in Amazon’s statement and buy books from independent outlets while they still can.

As for writers, it would be naive to say, “Don’t be afraid to protest.” Of course we are afraid. Until now the risks of speaking out against Amazon far outweighed any possible reward. But the blanket targeting of Hachette authors is proof that pliant behaviour won’t save us.

We need to stand alongside our fellow authors at Hachette and Bonnier. Their fate is our fate; we can help them win or watch them prepare the way for the destruction of all of us.

← Prev: Capote's Undoing Next: On Holiday with Emma Straub →