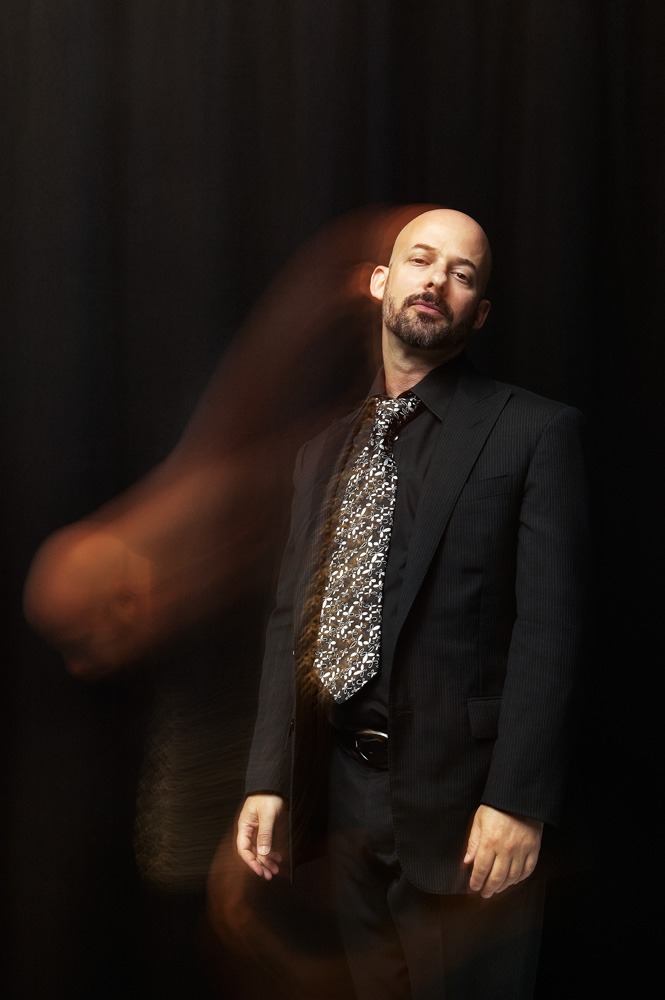 Anton Sword is a romantic of the old school. His Twitter profile describes him as a songwriter and flaneur from “Brooklyn and sometimes Berlin”. His first album, A Sentimental Education (2007), shares its title with a nineteenth-century French novel. His song titles include “On the Precipice”, “Behind the Scarlet Curtain”, and “City of Oblivion”. All this lavish, sublime, Baudelairean-Flaubertian romantic ambience is surely enough to put even the sourest of sour pusses in the mood for Valentine’s Day. We’re delighted that Anton has agreed to mark the occasion with a selection of his favourite romantic tracks.

But first, if you’re new to Anton’s music, a few words of introduction. The influence of French modernism already noted is overlaid with a distinctly postmodern approach to instrumentation and structure. He will happily mix an electronic pulse with more traditional instrumentation; his chord progressions defy generic expectations; his voice, at once sensitive and passionate, tender and hard, gives his lyrics an ironic edge. As, say, Morrissey’s hound-dog vocals and melancholy lyrics form unholy alliances, so Anton’s wry observations find themselves couched in lush orchestration. Take the opening of “Here in the Hurricane”, for instance:

Like Morrissey — or Kristian Hoffman, another artist with whom Anton bears comparison — he has a great gift for the arresting opening gambit: “Got the wrong sized leash out for your heart”; “Stop prattling at me, you beautiful fool”; and, in one of my favourites, the raunchy, upbeat “I Like Your Mind”, off 2010’s City of Oblivion:

If you like what you hear, you can buy Anton’s music on BandCamp, a great website that allows you to support artists directly. And we can’t wait to see Anton and his band, The We Ours, at our next show, “This Is Not A Man”, on February 24.

But first, let the annual joys and horrors of February 14th be gently massaged out of you with Anton’s great selection of romantic tracks:

“Never My Love” (The Association, 1967): “A gigantic hit record released in ’67 by The Association and produced by Bones Howe, who also worked with The 5th Dimension, The Mamas & the Papas, and The Turtles. I adore that “sunshine pop” style, an arranging/producing style begun by Burt Bacharach and then ubiquitous in the late 1960s, that perfectly captures the “summer of love” feeling that really happens when you’re first in love — floating on air, smiling like a fool, seeing everything through rosy filters, blissed out.”

“Just Like Heaven” (The Cure, 1987): “For me this is the epitome of the ’80s equivalent of that ’60s sunshine pop, but instead of at high noon in the blazing sunshine it’s happening at dusk, the magic hour, when the sky is streaked with blue, and darkness mixed with light. The song is about finding and losing the love of your life, and the play between dream and reality that’s always implicit in love. Its beautiful melody and countermelodies blend the joy with the melancholy in that essentially teenage way a great pop song should. I love this tune so much I partly copied it’s tonic-dominant-subdominant chord movement in my own song, “Listening”… also a very romantic song.”

“Julie With…” (Brian Eno, 1977): “Back in the sunshine again: a dreamy, meditative record that perfectly captures the feeling of lying in an open sailboat in what I imagine is post-coital languor, silently, sated, letting one’s thoughts drift and just taking in the natural situation, perfectly at one with your lover and at peace with the world.”

“Smoke Gets in Your Eyes” (The Platters, 1958): “I know this classic Jerome Kern song from the 1930s is corny, but it’s haunted me since I first heard it. It was recorded by countless artists but reaches is most perfect expression, I think, in The Platters’ version, which is straightforward and unadorned. The lyric is incredibly clever, the sentiment and situation (a sincere lover confident, then bereft) universal, and the melody just a masterpiece of stunned heartbreak. The song is like a compact opera.”

“Night and Day” (Billie Holiday, 1939): “Obviously this is a great romantic song, probably Cole Porter’s greatest, and everyone has recorded it. Frank Sinatra made this song his own, but for some reason this version by Billie Holiday gets me more than the others I know. Not only because of her limpid voice but because of the way she alters the melody so artfully in the opening verse, adding little seductive embellishments. She gives me the chills. Also I find old recordings inherently romantic; they transport me.”

“The Look of Love” (Dusty Springfield & Burt Bacharach, 1967): “I began with that charmed year and I’ll end with it. There are several Dusty versions of the song, but only the one on the original Casino Royale soundtrack slinks like this. I first heard this aged nine, and even then I blushed. Her voice is practically kissing your ear, and the caress of the güiro (I think that’s what it is) in the other is almost too much to take. An incredibly sexy recording.”

Many thanks to Anton, and a very musical Valentine’s Day to you all!

← Prev: "Do You Think I Should Do A Human Interest Story?": Steve Coogan, Martin Sixsmith and Philomena Lee Next: Dana Vachon's Mergers & Acquisitions →