“How About Never – Is Never Good For You?” Bob Mankoff on the Joy of Cartoons 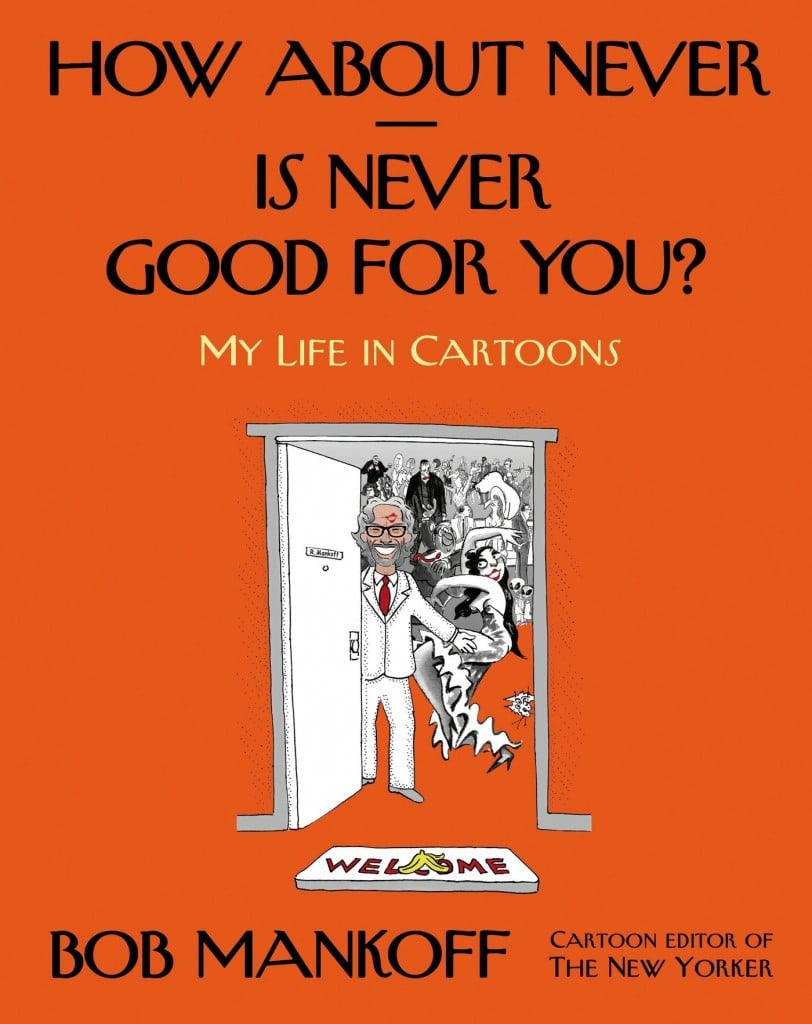 If you don’t know Bob Mankoff, reading his memoir, How About Never — Is Never Good For You?: My Life in Cartoons (Henry Holt, 2014), will be a glorious case of friends-at-first-sight. That’s his cheery cartoon self beaming out from the front cover there, and he’s welcoming you to the wittiest party in town: the world of the New Yorker‘s cartoon department. Inside, there’s space for aspiring cartoonists to add their name to the list of dedicatees (a roll-call of every artist ever published in the magazine), while the flap copy promises “732 FOOLPROOF SECRETS TO WINNING THE NEW YORKER CAPTION CONTEST!” It’d be crazy to forgo such hospitality. And as a cartoonist who’s overseen the publication of fourteen thousand New Yorker cartoons — and contributed more than nine hundred — Mankoff is very well placed to show us what he calls “the soup-to-nuts process of cartoon creation, selection, editing, and publishing”. Although billed as a memoir, How About Never is as much a tribute to the art and practitioners of cartooning, and Mankoff devotes generous space to the words and pictures of his colleagues.

Raised in the Bronx and Queens, Bob is the son of Mollie and Lou Mankoff, who sound a bit like a nicer version of Alvy Singer’s parents in Annie Hall. Mankoff’s lifelong love of wise-cracking dates from a childhood trading insults with his Jewish friends and emulating Jerry Lewis. He finds a talent for drawing early on. Electing to study at the High School of Music and Art, he’s relieved to be able to dedicate himself entirely to the latter “because while I could draw a wheelbarrow, I couldn’t carry a tune in one.” A later interest in psychology nearly bagged him a PhD from CUNY and though giving up academia for “cartoonology” wasn’t angst-free — his mother would now never be able to refer to “My son, the doctorate!” — it would pay off in the long run. He marries — three times — but after the first few chapters, Mankoff doesn’t really dwell on the personal. What he offers up instead is a masterclass in his art and an inside account of America’s most idiosyncratic national publication. 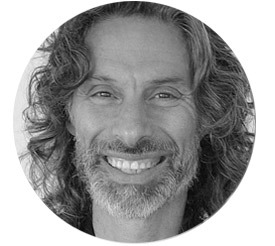 The goal for the young Mankoff was never in doubt: “The New Yorker was and is the Everest of magazine cartooning”. But after two years of making regular submissions to then-art editor Lee Lorenz,

all I had to show for it were enough New Yorker rejection slips to wallpaper my bathroom. Undaunted, and financially sustained by the sales to other magazines, I kept at it. Besides, I had other rooms that needed wallpaper.

Gradually, rejection turned to acceptance. There’s a nice section where other cartoonists who joined the magazine at around the same time as Mankoff — Roz Chast, Michael Maslin, Jack Ziegler, Mick Stevens — discuss their first published pieces, all handsomely reprinted. But our new best friend is not in the business of nostalgia for the sake of; the three hundred-plus cartoons that grace his pages illustrate in more than one sense. They track social mores. They provide an insight into the mechanics of humour. They’re even a bellwether for the different editorial directions the magazine has taken.

Mankoff debuted in an era that encompassed William Steig (intellectual), Saul Steinberg (philosophical) and James Thurber (absurdist). The humour was sophisticated but safe — “Under William Shawn, a glimpse of stocking may not have been looked on as shocking, but pretty much everything else was, especially when it came to sex.” When Tina Brown took over as editor in 1992, however, the tone shifted. Described by Mankoff as “all edge, all the time”, Brown was keen not to be “too prissy” in the choice of cartoons, and a sharper, racier selection went to press. David Remnick’s appointment in 1998 “pushed the pendulum back — not all the way to Shawn’s era but out of Tina Territory.” (Sad, in a way, as one of my favourite cartoons in the book was a Remnick reject. In it, a group of mobsters sit broodingly around a table, with the caption: “If these walls could talk, and they knew what was good for them, they would shut the fuck up”…)

Even with these changes in course, most people know in a general sense what you mean by a “New Yorker cartoon”. Having such a defined style, though, is not without its pitfalls. Remember the Seinfeld episode “The Cartoon“? Mankoff devotes a hugely entertaining chapter to its analysis, much of which can be read in his excellent blog posts on the subject here, here, here and here (hear, hear). The cartoon Elaine drew on the show even became the subject of the caption contest in real life. This competition, one of the New Yorker‘s most popular features, has only been running on a weekly basis since 2005, but in that time there’ve been more than two million entries. Non-winning entrants include Mayor Bloomberg, Zach Galifianakis and Stephen Colbert; Roger Ebert is the only celebrity ever to have won.

Side note: celebs aren’t just entering the competition. Mankoff has received unsolicited submissions from a surprising range of people including David Mamet, who wrote him when he first became cartoon editor: “I’ve taken the liberty of sending you a batch of cartoons”. “I sent a note back to him,” Mankoff remarks, “thanking him and saying I had taken the liberty of sending him a play”.

The book ends with a selection of great pieces by the current batch of staff cartoonists, all of whom have Mankoff to thank for their livelihoods. We should really thank him too, because these’re the greats who’ll safeguard the world of the New Yorker cartoon for another generation. I’ll finish with a spot of Mankoffian philosophy that I think encapsulates what makes that world such a special place to visit:

Humor is the antidote to overthinking. It’s a way of saying that life is paradoxical. Humor contains contradictions; it does not resolve them but revels in them. It says that the right way to exist among the contradictions, paradoxes, and absurdities of life is to cope with them through laughter.

Bob Mankoff will appear at the House of SpeakEasy’s next Seriously Entertaining show, Falling For Perfection, on June 23. You can buy tickets here. Also, do check out his website, because you can see ALL of his brilliant cartoons there. Just don’t do it at work or else you might as well write off the rest of the day.

← Prev: To Rise Again At A Decent Hour Next: Capote's Undoing →