“I don’t believe comedy has limits”: An interview with the Unbreakable Meredith Scardino 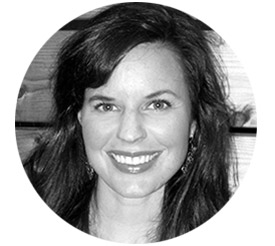 Meredith Scardino is a four-time Emmy Award-winning comedy writer for The Colbert Report, where she wrote a hundred jokes a day. Having started her career in the world of animation, she quickly migrated to comedy writing, and has also worked on The Late Show with David Letterman, Best Week Ever and SNL. Most recently she became the executive story editor on the forthcoming Netflix comedy Unbreakable Kimmy Schmidt, created by Tina Fey and Robert Carlock, which users will be able to access this very Friday. And you should. The Village Voice is calling it the product of “the rare creative team that’s firing on all cylinders right from Episode 1” while TIME says it’s “must-stream comedy.” Meredith is also an honored guest at our next glorious — and Seriously Entertaining — show, No Return on March 9.

Meredith was the only female writer on Colbert, but as she told Jezebel in 2010, this was never a problem: “The only limits I feel like I have is Lord of the Rings and Star Trek… Not to sound really girly, but I could come in with a killer Bachelor pitch. But it may not resonate as much.” She was also one of the contributors to Colbert’s 2012 book America Again: Re-becoming the Greatness We Never Weren’t (Grand Central Publishing).

I spoke to Meredith earlier this week.

Charles Arrowsmith: First, congratulations on Unbreakable Kimmy Schmidt, which has great buzz and premieres on Netflix this Friday.

Meredith Scardino: I’m so excited for the big episode dump. The elevator pitch is, “Oh thanks for holding the door. Can you hit 18? Thanks. So, complete stranger, just wanted you to know that I’m writing for a new show on Netflix about a woman who escapes a doomsday cult after fifteen years and moves to New York City. OK, this is me. See you.”

CA: Being part of the writing team for this season’s SNL must be pretty awesome. Aside from now (obviously), what for you is the show’s golden era?

MS: I think everyone’s favorite SNL cast is the one that was on television when they were in middle/high school. For me, that was the Phil Hartman/Chris Farley era, mixed with the Will Ferrell era. And there’s a special place in my heart for Jack Handey. I think between Handey and Conan, I thought, “I think I can do this. These people write the world’s weirdest, dumbest things. I want in.” I’ve read those Deep Thoughts books ten thousand times. And my favorite thing from Jack Handey was his “Best List for 2001.” I copied and pasted it here:

Best Thing of Anything: A Bat Carrying a Block of Wax.

Announcer: Jack Handey’s Best List for 2001 was made possible by generous contributions from: The National Wax Association and The Count and Countess Dracula Foundation.

CA: What were the highlights of SNL 40?

MS: I was not at the anniversary show. My guest-writership wrapped at the end of January and so I was skiing in Utah while everyone in the history of entertainment shared a single stage. I did think about who I would have tried to talk to, had I been there. Screw Beyoncé. What’s she gonna say besides “Hi,” and “Okay, we can take a picture. Bye!” No, I’d go straight for Kevin Nealon. Because a) He’s hilarious. b) One time I heard him say in an interview, “I knew it was time to leave SNL when I was starting scenes still chewing food from craft services.” And c) About ten years ago, a friend played me a few of his Crank Yankers calls that never aired and I fell over laughing.

CA: Does or should comedy have limits?

MS: I don’t believe comedy has limits. My personal rule when it comes to touchier subject matter is: never attack the victim. As many comedy writers say, punch up not down.

MS: I have a few books of Charles Addams’ cartoons that I love. He was hilarious and dark; I love his work. I have an art background and his work was always the bar for me when it came to cartoons. One of my first jobs was writing cartoons for a women’s magazine and I remember getting a letter from the editor saying that while they loved my jokes, they hoped I might stay away from the following areas: Suicide. Loss of Limbs. Diseases. I think Charles Addams might have been proud.

As for other books that make me laugh: anything from Amy Sedaris; all of Stephen Colbert‘s books (one of which I may or may not have worked on); the Far Side joke books; Bossypants; Yes Please; Don Novello’s all-sheep yearbook; and this one book I bought from a comedian hawking his joke books and romance novels in the Barbados airport. His nickname was “Bing Bong.”

CA: And because the really important questions haven’t been answered, a few rounds of either-or… Kim or Kanye?

MS: Kanye. I like his music. And that he wears leather kilts sometimes.

MS: One-liner. Unless Norm Macdonald is talking, then shaggy dog all the way.

MS: Not a big fan of either.

MS: Real book. Because when I do read a book, I still like to dog-ear the page, then show people the book and yell, “LOOK HOW MUCH I READ!!!!”

…and just for the hell of it, watch highlights from The Colbert Report‘s amazing nine-year run:

Meredith Scardino will appear at our next Seriously Entertaining show, No Return, on March 9 at City Winery NYC. Buy your tickets here.