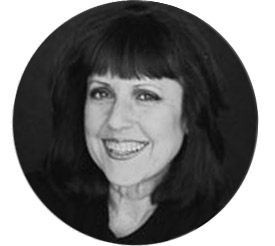 Lisa performed on stage for Seriously Entertaining at Joe’s Pub at The Public Theater on April 21, 2015, speaking on the evening’s theme, “One Simple Rule.” Watch it below.

As a contributing editor and author of countless cover stories for Vanity Fair, a longtime columnist for the New York Post, and editor of several rock magazines, Lisa Robinson has been called rock journalism’s ultimate insider. A pioneering female journalist in a male-dominated world that rarely allowed women any respectable access, she earned and maintained the esteem of a host of top musicians. Her memoir, There Goes Gravity, which draws on her interviews, journals, notes, and memories, is more than a distillation of behind-the-scenes-details and revealing stories; it is also a journey through the last forty years of music history. As The New York Times proclaimed, “There Goes Gravity aims to entertain, but it also illuminates.” Lisa lives in New York.