Love in the Time of Genocide

The Zone of Interest

…how did “a sleepy country of poets and dreamers,” and the most highly educated nation the earth had ever seen, how did it yield to such wild, such fantastic disgrace? What made its people, men and women, consent to having their souls raped — and raped by a eunuch (Grofaz: the virgin Priapus, the teetotal Dionysus, the vegetarian Tyrannosaurus rex)? Where did it come from, the need for such a methodical, such a pedantic, and such a literal exploration of the bestial? 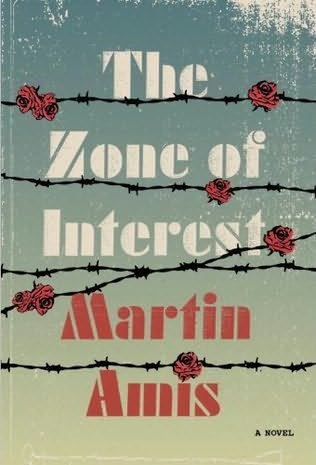 These are the questions that orbit the singularity at the center of twentieth-century history. In his second Holocaust novel, The Zone of Interest, Martin Amis sketches a few possible answers while acknowledging — in a thoughtful afterword — that we nevertheless “know almost nothing about the why.” In Time’s Arrow (1991), his first foray into this particular zone of interest, the Holocaust is glimpsed obliquely — like the Medusa reflected in Perseus’s shield — through the lens of Amis’s formal fireworks. The action happens in reverse: people spring to life and are packed on trains that take them away from concentration camps; relationships begin with rows and end in polite courtship; Tod T. Friendly, aka Odilo Unverdorben, grows ever younger. But despite this distancing device, it’s a surprisingly moving book; perhaps Amis’s best. The Zone of Interest confronts head-on what Time’s Arrow treats veilèdly.

There’s inevitably a question of taste. After all, The Zone of Interest, which is set in Auschwitz, is by turns a bureaucratic satire and a shaggy-dog love story. You might be forgiven, at first glance, for raising a questioning hand. But it turns out to be a really very boring question when faced with the book as a whole. It’s a lazy reader who misses the ethical endoskeleton beneath Amis’s lacerating satire. As a coda to each of the book’s acts, for instance, we hear from the Polish-Jewish Szmul, one of the Sonderkommando, the units charged with disposing of the remains of the Nazis’ victims, whose voice is heard in devastating counterpoint to those of the narrative’s principals, the grotesque kommandant Paul Doll and officer Angelus “Golo” Thomsen. And by Amis’s standards, in particular when measured against his last book, Lionel Asbo, even Doll and Thomsen are pretty restrained.

I’ll be thirty-five in September. That declarative sentence attempts very little, I know — but it contains two errors of fact. In September I’ll still be thirty-four. And I’ll be dead.

His utterances come in short sentences and paragraphs, more like pensées than prose. They are at the plain-style end of Amis’s technique. At the other extreme lies the Deutsch-English mongrel and high euphemism of Doll —

“Berlin has mandated an emergency Projekt. Things’ll be unpleasant here for a while […] It may have a deleterious effect on the air quality. Here, let me top that up for you.”

— and the Old World fastidiousness of Thomsen:

My shoulders were flat and broad, my chest slablike, my waist slender; the extensile penis, classically compact in repose (with pronounced prepuce), the thighs as solid as hewn masts, the kneecaps square, the calves Michelangelan, the feet hardly less pliant and shapely than the great tentacled blades of the hands.

Thomsen is a central-casting Aryan superman, Doll a leering, boozy demon reminiscent of Ralph Fiennes’s Amon Goeth in Schindler’s List (1993). In the opening pages, Thomsen falls in love with Doll’s wife, Hannah. The book then documents Thomsen’s efforts to seduce Hannah, including his attempts to locate her one-time lover, the Communist Dieter Kruger; Doll’s casual cruelties; and Szmul’s observations of a land where the snow is first ash-grey, then brown, “like the shit of angels.”

Always with Amis the pleasure lies in his style, the product of a fundamentalist’s aversion to cliché. At his best, and there are some wonderful setpieces here, he approaches the sentence like a Satanic surgeon, determined to remould it and in so doing see the world through new eyes. He peppers Doll’s sections with vulgar German puns, and finds a literal symbol for his obsession with numbers by reversing editorial convention and representing them exclusively as numerals (e.g. “The 2nd 1 was longer than the 1st, Herr Kommandant”). In Amis’s Auschwitz, context affectively transforms the language of bureaucracy — words like “finalise” — while casual exaggeration (“This is going to be an absolute nightmare,” “No rest for the wicked,” “I’ve come to believe that it was all a tragic mistake”) is implicitly censured. The language is characteristically electrified.

There are moments of dark poetry too. “Men the shape of gnawed wishbones.” The baroque horror of “the time of the silent boys,” a massacre performed in macabre silence but for the sound of gunshots and pistol-butt meeting skull. Thomsen and Hannah, ensconsed in a narrative largely oblivious to the suffering surrounding them, at one point hear a sound borne on the wind, “a helpless, quavering chord, a fugal harmony of human horror and dismay.” The sound, a jarringly beautiful metonymy for unspeakable pain. One might recall the consciousness at the center of Time’s Arrow, disturbed by a similarly concentrated image: “The figure in the white coat and the black boots. In his wake, a blizzard of wind and sleet, like a storm of human souls.”

The Zone of Interest‘s reception has been interesting. Michael Hofmann in the London Review of Books felt as if he’d “read nothing at all” and that the novel “abolishes itself as it goes along.” Neal Ascherson, in a perplexed piece in the New York Review of Books, suggests that the book’s conceptual strangeness — “a love story in Auschwitz”?? — demands of its readers “his or her own mental exercise.” I would suggest that Amis’s representation of life in a concentration camp is another way of answering the how question. Life, in the direst of circumstances, continues to generate romantic intrigue, bureaucratic carnage, and drunken misdecision. Such distraction, it seems, can be sufficient to permit atrocity to slip by. On the why question, he remains (wisely?) silent.

You can buy Martin Amis’s books at McNally Jackson.

← Prev: Master Your Mind with Ruby Wax Next: Phineas and Ferb... and Dan Povenmire →