The Sea, Inside & Out 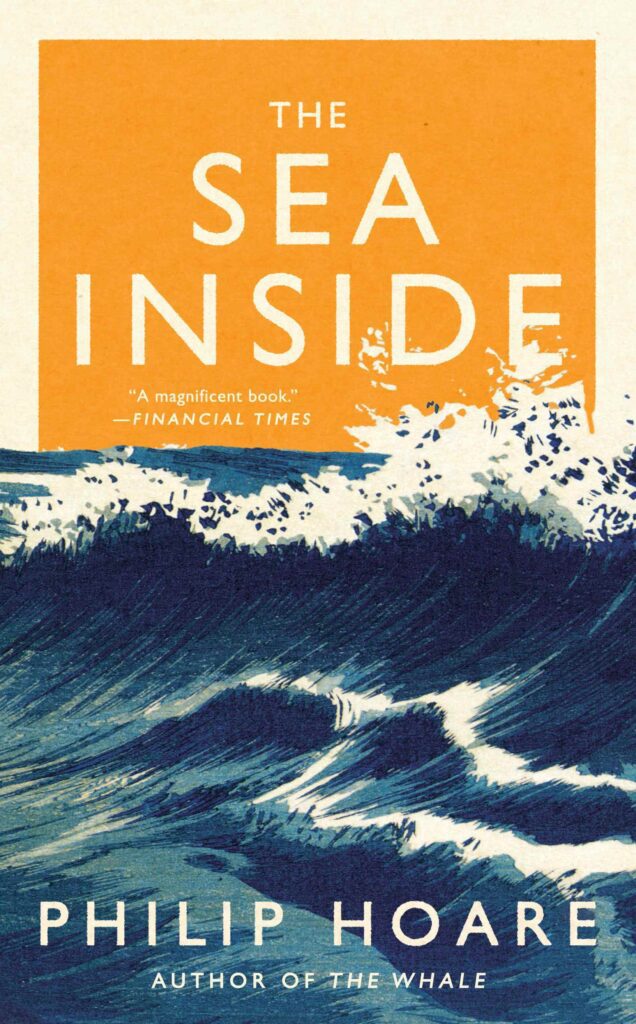 Seeing “the watery part of the world” was, for Melville’s Ishmael, a way of “driving off the spleen and regulating the circulation.” One feels it’s probably the same for Philip Hoare. Five years ago, his terrific Leviathan, or The Whale (published in the US as The Whale: In Search of the Giants of the Sea) won the BBC Samuel Johnson Prize for nonfiction. He’s followed it up with another maritime adventure, The Sea Inside — published, appropriately, by the Brooklyn-based Melville House. Between times, he co-curated the Moby Dick Big Read, a series of podcasts featuring everyone from Tilda Swinton to Sir David Attenborough and Benedict Cumberbatch to Fiona Shaw, reading the book chapter by chapter. You could say Hoare loves a whale.

Which is why it might come as a surprise to fans of Leviathan that it takes so long for any cetaceans to appear in The Sea Inside. (Like Moby-Dick, actually, at the risk of spoilers.) But fear not! Hoare’s latest is just as magical as his last, and in fact this time round I was easily as roused by the other members of his menagerie, in particular the birds. He has a great eye for social detail. Did you know that the eurasian osytercatcher can live to be forty or more? Or that crows mourn their dead as passionately as whales and elephants? Or, less dramatically, that ten percent of the world’s population of brent geese winters in Southampton? Conscious of his desire to impose human characteristics on his subjects, he is nonetheless unable to stop doing so. Take one of the most fascinating of genera, corvus, which includes magpies, birds that “recognise themselves in the mirror, suggesting a sense of individual identity”; rooks, which “will support their fellow birds after a fight in a manner which in humans we would not hesitate to call sympathetic”; and the carrion crow, which will “place nuts on a pedestrian crossing for cars to crack, and wait for the red light to retrieve its meal.” Like the animals in Prokofiev’s Peter and the Wolf, so exquisitely distinguished by their different instrumentation, Hoare’s avifauna are revealed to us with personalities intact. 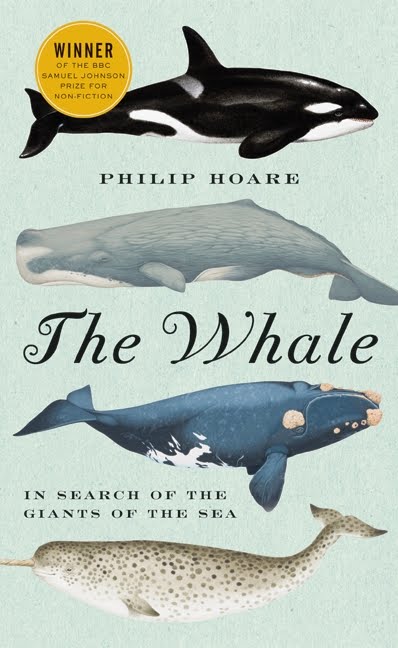 As well as a work of natural history, The Sea Inside is a great travelogue. Hoare starts at home in Southampton with a line from T.H. White:

I have lived long enough in the Shire to be able to afford to go away from it with pleasure. I suppose this is what homes are for. If one hadn’t got an anchorage it wouldn’t be exciting to sail away.

This excitement manifests itself in a boundless curiosity for everything he encounters. He attends a porpoise autopsy, which turns into a sort of CSI: Ocean when it transpires the poor cetacean had been murdered by dolphins. He swims with whales off the Azores, in a sequence that climaxes in pseudo-religious revelation when he hears the “sweet, high-pitched song rising up from these cetacean choristers in the sea’s cathedral.” In the final chapters, he sails the Indian Ocean and round the Antipodes, recounting the barbarisms of early European settlers against the Aboriginal populations and indigenous wildlife, including the Tasmanian tiger. At the end he returns to Southampton… though one wonders for how long.

There’s time travel, too. One of the most fascinating chapters in the book describes the period of London’s imperial history when science and entertainment hadn’t quite merged with ethics, a time of great discoveries at great cost. We meet Chunee the elephant, whose gruesome fate at Exeter Exchange was a significant step in the birth of the modern animal rights movement, and the surgeon John Hunter, whose quest for knowledge led him to give himself syphilis and who offered one of the first major anatomies of the whale. Visiting the Isle of Wight, Hoare encounters the ghosts of Darwin and Tennyson — composing On the Origin of Species and the Arthurian Idylls on different parts of the island at the same time — and the photographer Julia Margaret Cameron. Indeed he finds eccentrics and artists everywhere. His mini biographies of T.H. White, Thomas Merton, St. Cuthbert, and many other such solitary, nature-loving, sometimes fierce figures, are at once highly sympathetic and slightly (strangely?) jealous. These are the people, one senses, whom Hoare believes have the sea inside them, who experience a true oneness with nature, an intimacy with the sublime, a fear of love and a love of fear. 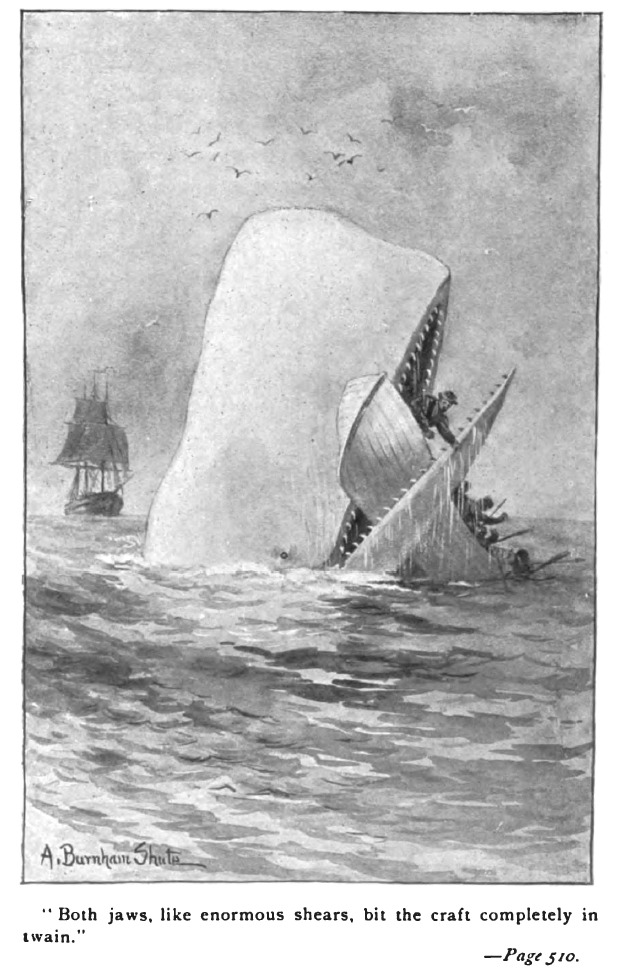 And it’s in these interstitial passages, thumbnail sketches tacked on to the vast oceanic map of the book at large, where the meaning of Hoare’s title starts to swim, oscillating, uncertain, into view. “The sea inside” is a metaphor for all that is unfathomable, ineffable, dark, and terrible in the human soul. Hoare offers plenty of evidence for this dark side, from the dismemberment of St. Oswald to the contemporary practices of French chefs:

A captive ortolan’s eyes were poked out; it was then force-fed oats before being drowned in brandy and swallowed beak-first, its carcase covered with a napkin to hide the shameful act from the eyes of God.

The sea inside is also a form of madness. We are reminded of the sea monsters glimpsed on the periphery of Iris Murdoch’s The Sea, the Sea (1978), a manifestation of protagonist Charles Arrowby’s increasing mental disorientation. Hoare’s landscapes are also often surreal, with their “eroded stumps, like rotten molars,” their “armpits and hollows, crevices and groins shifting like a restive sleeper under a downy duvet, all coursing through the ground, their cracks filled with lush plants that wouldn’t survive out in the open.” His is a way of seeing the world that recalls at times J.G. Ballard’s; a pervasive sense of the interpenetration, sometimes violent, of interiority and the outside world.

This violence is an inherent byproduct of our wanderings. The need to escape, in Melville’s phrase, “the damp, drizzly November in my soul” by taking to water is one that has spawned some of humanity’s most appalling errors: imperial genocide, the rape of the ocean, the extinction of untold species. It needn’t even be intentional. Within two generations of James Cook’s first contact with the Māori, measles had halved their number. There’s always been a dark Heisenbergian irony to human exploration, as we plunder-blunder ‘cross sea and land. Even early attempts to figure out the extent of the damage whaling had done to the world’s cetacean population was as much a part of the problem as the solution (see D. Graham Burnett’s extraordinary, encyclopaedic The Sounding of the Whale for more).

All this no doubt accounts for Hoare’s ambivalence at the book’s close. On top of the melancholy of the homecomer, he must contend with the violent flipside of our nautical explorations. He also sees that he will never truly be of the sea, that the sea inside is in some ways a contradiction in terms. Still, one cannot help but marvel at his attempts to reconcile the contradiction in this quite remarkable book.

You can buy The Whale: In Search of the Giants of the Sea and The Sea Inside at McNally Jackson. Follow Philip Hoare on Twitter and via his blog. Melville House has a pretty great feed, too, not to mention a cool website (“That Whale is Out There, Man!”). Oh, and did we mention that John Waters loves The Sea Inside?

← Prev: Middlemarch Revisited: Rebecca Mead on the Life of a Classic Next: Bad Moon Rising: Natalie Haynes's The Furies →