Middlemarch Revisited: Rebecca Mead on the Life of a Classic 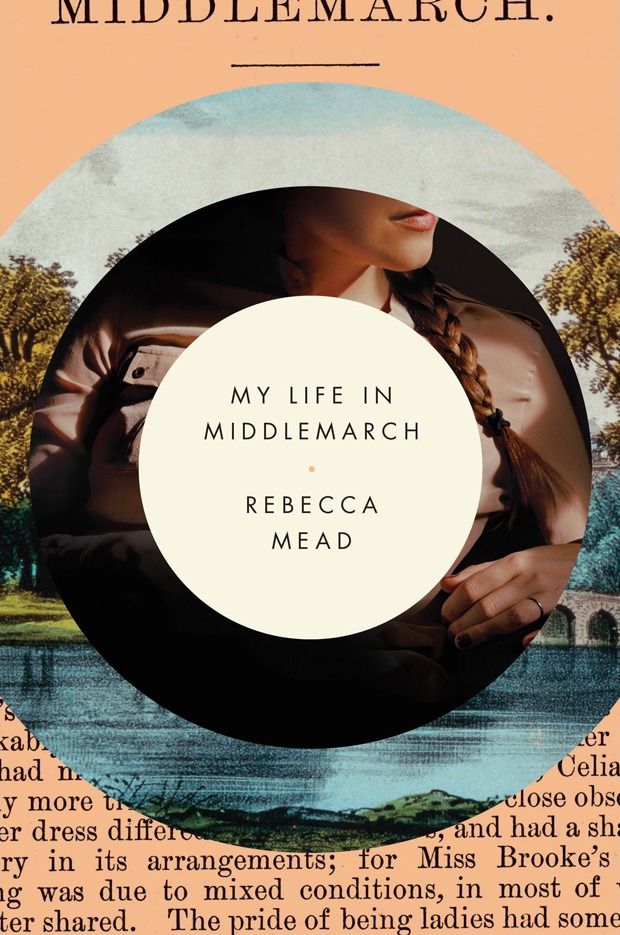 It’s funny that Middlemarch, a place name that could scarcely sound more English, should be without lexical precedent in the maps of its homeland. As Rebecca Mead informs us in her lovely book My Life in Middlemarch (Crown Publishing, 2014), there aren’t any other towns in England suffixed “-march.” Yet its cadence is perfect (particularly to Midlands ears like my own). “It implies that the book,” says Mead, “with its subtitle, ‘A Study of Provincial Life,’ will be concerned with that which is absolutely pedestrian and ordinary. Provincialism — geographical, emotional — will be at its heart.”

What’s not pedestrian is Mead’s rather wonderful book on the subject. Mixing biography and autobiography, literary criticism and social history, she arrives at something that, in the end, approaches the profundity of Middlemarch‘s own famous final lines. At the heart of Mead’s Life is a notion of existence, at its best, as an ever-enlarging sphere of sympathy. Prized above all is the capacity, acquired through time and imagination, to appreciate that while “we each have our own center of gravity,” yet “others weigh the world differently than we do […] The necessity of growing out of such self-centeredness is the theme of Middlemarch.”

Often, as she retraces Eliot’s steps through life, Mead finds herself gazing through the windows of houses her author-hero lived or stayed in some century and a half earlier. The recurrence of this image is telling. Windows, in Middlemarch as in life, can occasion a reflective mood: on the largeness of the world outside; on the different and separate joys and troubles of those one can see from them. This humbling experience can isolate but also serves as a reminder of the extraordinary variety of life, perhaps even the glory that lies therein.

Haha! but there is, of course, an obverse, a kind of judgmental voyeurism enabled by distance:

The censorious glimpse from behind the net curtain is a peculiarly English phenomenon, and I derive delicious pleasure from the two Georges’ carelessness about the judgment delivered by smaller minds and smaller hearts than their own.

The two Georges are Eliot, née Mary Ann Evans, and George Henry Lewes, the man with whom she shared, unmarried, more than two decades of her life. This most unVictorian arrangement, much frowned upon by Eliot’s own family (and “society” at large), was nonetheless intensely happy — and fantastically fertile, creatively. Indeed, all of Eliot’s fiction, from Scenes of Clerical Life to Daniel Deronda, was written during their relationship. Through their partnership, she acquired an unanticipated three sons, and though she never had children of her own it seems clear that her experience of a kind of motherhood helped enlarge her own sympathies. She is, as Mead suggests, “a one-woman refutation of the canard that only writers who are parents can write well about parenthood.”

Lewes was not her first love. But the philosopher Herbert Spencer, whom she met when she moved to London, did not reciprocate her affections. As readers, was this to our ultimate benefit?

He was part of her education, as Dorothea [Brooke, in Middlemarch] was part of Lydgate’s education [their romance, too, goes nowhere], and as all our loves, realized or otherwise — all our alternative plots — go to make us who we are, and become part of what we make. 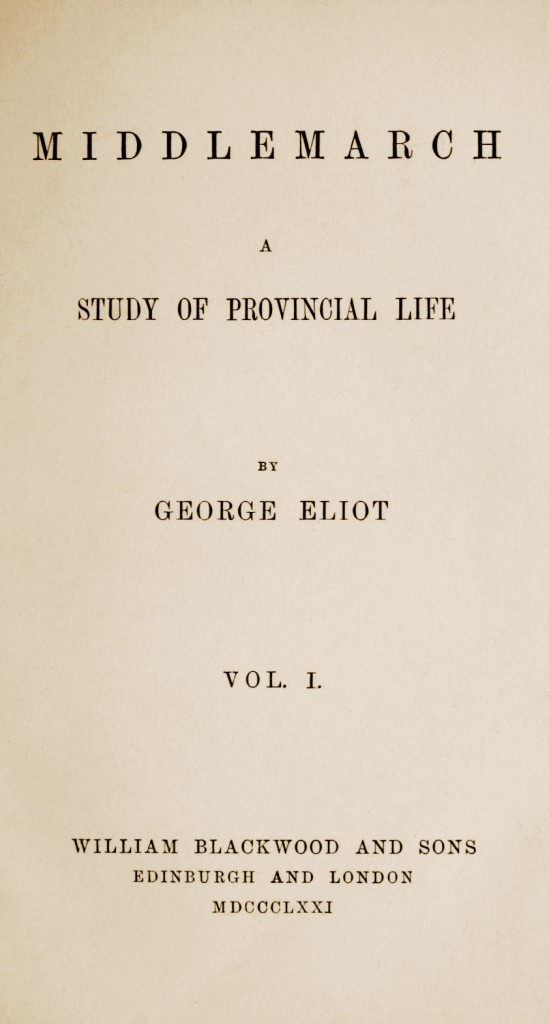 “All our alternative plots” is a marvelous turn of phrase, containing in it all that is unbearable yet liberating about the lightness of being. The delicate misunderstandings between Dorothea and Will Ladislaw, which keep them apart for so many hundreds of pages, are, after all, predicated on their perception of alternative plots. When they are united at last, all haze dispersed, their love is more powerful than it could otherwise have been. A will — Dorothea’s late first husband’s — previously an impediment to their union, is punningly trumped by a capital-letter Will, in a subversive repudiation of the inheritance trope central to so many Victorian novels. Although Dorothea’s second marriage doesn’t escape opprobrium (as Eliot’s first, after the death of Lewes, to a man twenty years her junior, would not), it is not the censure of Middlemarch‘s ideal reader.

Mead’s take on Eliot’s unconventional life suggests how it affected her moral philosophy. “Middlemarch is not just concerned with the social consequences of geographical provincialism,” she writes. “It is also concerned with the emotional repercussions of a kind of immature provincialism of the soul — a small-minded, self-centered perspective that resists the implications of a larger view.” This larger view was all Eliot asked for. Writing to a friend following her late wedding to John Walter Cross, she implored: “I can only ask you and your husband to imagine and interpret according to your deep experience and loving kindness.” In Middlemarch, marital incompatibility is not just one person being misunderstood by another but, as Mead writes, “two people failing each other in their powers of comprehension.” The largeness of heart and mind — the absolute comprehension of each of the other — that she perceives in the long, ecstatic union of Eliot and Lewes was quite possibly the source of the enormous sympathetic capacities that produced Eliot’s greatest work.

Aside from its perspicacious analysis of the interpenetrations of Eliot’s life and work, the principal pleasure of My Life in Middlemarch is in Mead’s deeply personal account of the novel’s effect on her own life.

This book, which had been published serially in eight volumes almost a hundred years before I was born, wasn’t distant or dusty, but arresting in the acuteness of its psychological penetration and the snap of its sentences. Through it, George Eliot spoke with an authority and a generosity that was wise and essential and profound. I couldn’t believe how good it was.

If you’ve not read Middlemarch yourself, you will likely experience a similar feeling. I remember doggedly arguing with a supervisor at university that Great Expectations had the edge as the greatest Victorian novel. The grotesquerie of its tragedy, the broadness of its comedy, and Dickens’s extraordinary gift as a storyteller made of me a passionate advocate. Yet it’s Middlemarch that’s stayed with me. Today it is the “great classic” I most commonly recommend. Why? Like Mead, “The book was reading me, as I was reading it.” Just as My Life in Middlemarch is a sort of authorial term card for Mead — how she reads the book now — so every reader will discover new shapes and details with each new encounter. How? Because Eliot was successful in her chief project:

The only effect I ardently long to produce by my writings, is that those who read them be better able to imagine and to feel the pains and the joys of those who differ from themselves in everything but the broad fact of being struggling erring human creatures.

Great art, as is found in Middlemarch, allows us to understand each other’s “struggling erring” natures with not judgment but love. Read it now; read it again; march on.

Here’s Rebecca Mead talking about the origins of her book back in 2011:

You can follow Rebecca Mead on Twitter and buy a copy of My Life in Middlemarch from McNally Jackson.