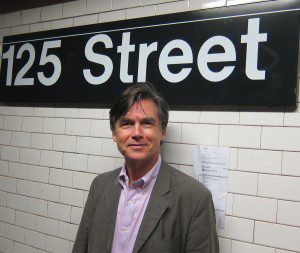 Duncan Hannah is is an artist who became popular in the 1970’s in New York’s avant-garde and glam and punk rock scenes, acted in a number of underground movies, and showed several of his figurative portraits in 1980’s infamous Times Square Show. His work is in numerous public and private collections, including the Metropolitan Museum of Art and the Minneapolis Art Institute. His new book is Twentieth-Century Boy: Notebooks of the Seventies.

Duncan is speaking at House of SpeakEasy’s Seriously Entertaining show on March 20th, themed A Matter of Time, alongside David Enrich, Stefan Merrill Block, and Joselin Linder. We spoke to Duncan ahead of the show…

I edited my journals from the 1970’s, which Knopf is releasing as “20th Century Boy”

What is your earliest memory involving reading or writing? Probably either Curious George or Harold and the Purple Crayon. 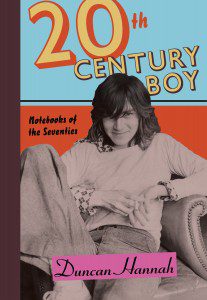 What is your favorite line from your current work? The last line of the book, “Look for what you love.”

What is your favorite first line of a novel? “It was the best of times, it was the worst of times.” —Charles Dickens, A Tale of Two Cities

What advice would you give to aspiring writers? Be a vacation reader!

What writer do you wish you could share with the world? Arthur Machen

What are you reading right now? L.A. Woman by Eve Babitz

What fictional character do you most closely identify with? Charles Ryder from Brideshead Revisited.

If you could live inside a fictional world, which one would you choose? The Paris of A Moveable Feast

Are there any quotes you use to inspire you? “Only Connect.” —E.M. Forster.