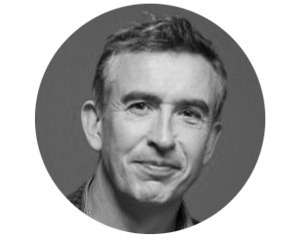 Steve performed on stage for Seriously Entertaining at City Winery on February 24, 2014, speaking on the evening’s theme, “This is Not a Man.”

Steve Coogan is an English writer, producer, actor, and stand-up comedian. His career began in the 1980s,  as a voice artist on the satirical puppet show, Spitting Image. In the early 1990s, he began creating original comic characters; this led him to win the Perrier Award at the Edinburgh Festival Fringe 1992.