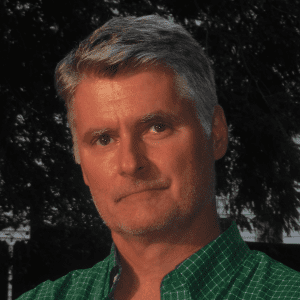 Kevin Mattson grew up in the suburban sprawl known as the Washington, D.C. Metropolitan Area. It was here that he first experienced the “punk rock world” that fueled his formative years. He played in bands, wrote for zines, and became politically active, helping to cofound the organization Positive Force. He now teaches American history at Ohio University and is the author of numerous books that explore the intersection between culture and politics, including Upton Sinclair and the Other American Century, What the Heck Are You Up To, Mr. President?, and We’re Not Here to Entertain: Punk Rock, Ronald Reagan, and the Real Culture War of 1980s America.

What books would you recommend and why?

Michael Stewart Foley’s Dead Kennedys’ Fresh Fruit for Rotting Vegetables and Michael Fournier’s The Minutemen’s Double Nickels on the Dime. Both books are part of the 33 1/3 series. The first is an excellent read of the first DKs album, which was released at the beginning point of my story (1980); the second a thorough look at the Minutemen’s album that comes out towards the end of my story (1984). Both books show how much depth — including in the realm of ideas — there was to the creativity of punk in the 1980s.

Well, what if I were to turn this around and ask: What novel do you think we’re living through now, and I’d say Sinclair Lewis’s It Can’t Happen Here, which I’m also rereading.

Two. James Baldwin’s Notes of a Native Son: “It began to seem that one would have to hold in the mind forever two ideas which seemed to be in opposition. The first ideas was acceptance, the acceptance totally without rancor, of life as it is, and men [sic] as they are: in the light of this idea, it goes without saying that injustice is commonplace. But this did not mean that one could be complacent, for the second idea was of equal power: that one must never, in one’s own life, accept these injustices as commonplace but must fight them with all one’s strength.” And Camus (I use the quote in the beginning of my book: “A person’s life purpose is nothing more than to rediscover, through the detours of art, or love, or passionate work, those one or two images in the presence of which his [sic] heart first opened.”