Elliott Kalan Has To Be Funny Every Day 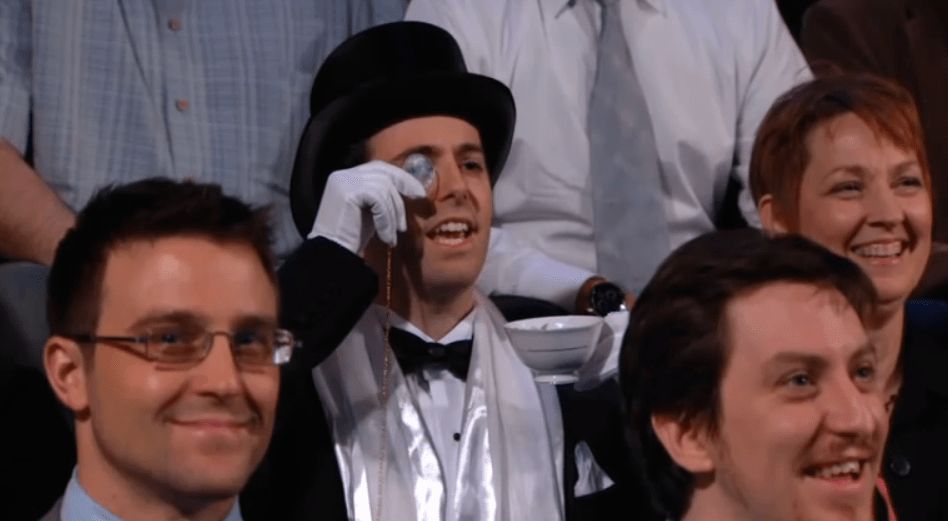 Elliott’s been in the chair since January this year, when he took over from Tim Carvell, who’d gone off to run John Oliver’s new show, Last Week Tonight (a weeklier version of the nightly news, as the ads say). He’s been working on The Daily Show for over a decade, starting as an intern in 2003. (That’s right, fellas: there’s hope! Read this great interview with Co.Create to find out Elliott’s tips for your meteoric rise…) He later became a production assistant, a segment producer, a writer… and now, head writer. Which, by and large, means that he has to be funny every day. And, presumably exponentially more difficult, make sure everyone else is funny every day. No mean feat. On the side, he’s one third of the movie-reviewing trio The Flop House (“a great listen for movie fans“, according to the New York Times), whose assessment of bad movies makes an art form of the hatchet job. With other members of the Daily Show team, he was part of a USO tour of stand-up comedians to Afghanistan and Kyrgyzstan last year. According to his bio, the rest of his resumé is filled out with unpublished New Yorker articles and unaired talk shows with his name in the title.

Sometimes I think about what might have been. Elliott briefly campaigned to be the new Andy Rooney when the late CBS presenter stepped down from A Few Minutes with… in 2011:

Remember the year Brokeback Mountain should have won Best Picture at the Oscars? More to the point, do you remember the homoerotic montage from classic westerns that Jon Stewart presented during the show? Elliott Kalan almost didn’t when he was watching this year’s Oscars, even though he was the mastermind behind it:

@ElliottKalan They are none of them a gay cowboy montage.

Until I read that, I honestly forgot I produced an Oscars montage once. #HumbleBrag #PossibleEarlyOnsetAlzheimers

But fortunately, the internet forgets nothing:

We look forward to welcoming Elliott to the House of SpeakEasy next Monday!

Elliott Kalan will appear at our next Seriously Entertaining show, Falling For Perfection, at City Winery NYC on June 23. You can buy tickets here. And be sure to follow Elliott on Twitter here.