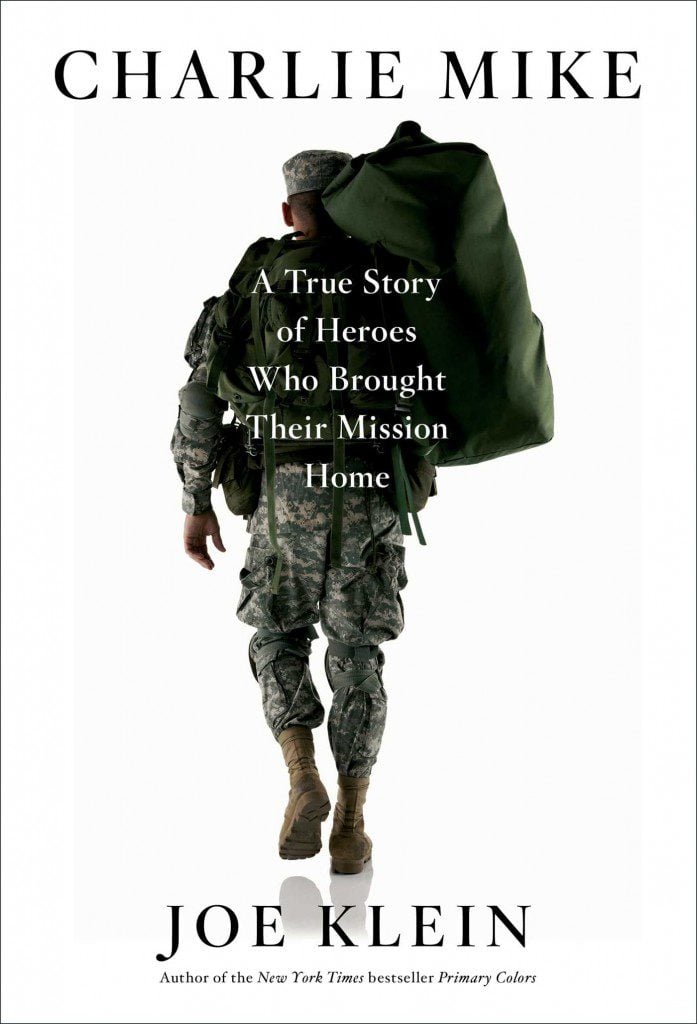 The mind, body, and spirit of the American soldier are at the heart of Joe Klein’s moving new book, Charlie Mike. Told in a brisk, anecdotal style, it’s the story of the men and women who came home from Afghanistan and Iraq. They came home to a country ever-more disenchanted with their mission, to families who didn’t understand them, to friends who didn’t want to see them, and to a Veterans Administration insufficiently equipped to help them readjust. Since 2001, the American soldier has existed at a point where politics, ethics, and civics meet, and has had to bear too much the burden of representation. Some of those whose lives Klein captures conform to type, but others do not. We meet men and women who joined up for all kinds of reasons, political and otherwise. Their attitudes towards the wars in Afghanistan and Iraq are multifarious and complex; their experiences of those wars left them in very different physical and emotional shape. What unites them is their civic spirit, the adrenaline-boosting, community-building, get-shit-done-lust that they all seem to leave the armed forces with. Their lives back home continue to be lived at full volume, at a higher frame rate than the average civilian’s. The key moments in those lives — proposals, fights, first dates, barbecues, holidays, weddings — can bring about appalling rock-bottoms and terrifying orbit-highs. As new veterans’ organizations form — Charlie Mike focuses on Team Rubicon and The Mission Continues — our understanding of how to harness the extraordinary potential of these accomplished and highly motivated people increases. The veteran experience has, historically, been a troubled one; what Klein sees in this new wave of veteran activity is the potential to form what General Petraeus has called “the new Greatest Generation”.

As the psychological effect of the new wars became apparent, writes Klein, the increasing concern for many became what happened when troops returned to “Camp Couch”. At one stage, the Veterans Administration was estimating an average of twenty-two veteran suicides each day. There had to be a way to help soldiers back into everyday life, a way of recreating or finding the sorts of challenges and opportunities for intense experience that the armed forces offered them.

Eric Greitens returned from Iraq in 2007 after a tour as a Navy SEAL. After a visit to the parents of one of his fallen comrades prompted him to consider how his generation of veterans would be remembered, he recalled Thucydides’ account of Pericles’ funeral oration: “What you leave behind is not what is engraved in stone monuments, but what is woven into the lives of others.” (Greitens wasn’t just any SEAL. He was a Rhodes scholar with a DPhil from Oxford whose compelling Zen-ness had earned him the nickname Obi-Wan from the other troops, and who’d spent his summers as a young man volunteering in Rwanda, Cambodia, and India.) He thought about his friend Travis, and what he’d have brought back from Fallujah to civilian life had he lived — namely a strong commitment to serving his country. Before long, Greitens formed The Mission Continues, a nonprofit dedicated to helping veterans make the transition back to civilian life through public service. Army Captain Chris Marvin, one of TMC’s first recruits, had found himself back in the US as the assistant to the assistant to the Assistant Supply Officer at the 25th Infantry Division — the job ticked a box for the army but was no way for a highly motivated soldier to live his life back at base. He was thrilled by the idea of TMC, though warned Greitens, “It should be a challenge, not a charity.”

And so it was, as the fledgling TMC urged its initial batch of fellows to find challenges for themselves to help improve their communities. An early study of TMC’s impact found that eighty-six percent of its “fellows” had had a positive life-changing experience; seventy-one percent went on to further education; eighty-six percent again said that it had helped them to transfer their military skills to civilian employment. 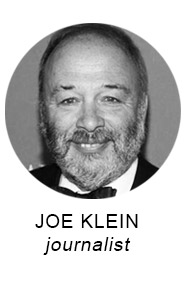 Others have been more gung-ho in their approach to tackling the problem of how to come home. “I’ve handled heavier shit than some fucking street gang in Haiti,” said Jake Wood to his friend Will McNulty in January 2010 following the earthquake that devastated Port-au-Prince. “I’m going. What I need to know from you is, are you with me or not? C’mon, we’re fucking Marines. We do chaos.” That sign-off — We do chaos –– might as well have been the slogan for the then-nameless Team Rubicon, which deployed to Haiti in 2010. Since then, they’ve sought to use the expertise of veterans in disaster-relief situations in Pakistan, Turkey, and Chile, and in homegrown natural disasters in Alabama, Missouri, and even New York following Hurricane Sandy, when Brooklyn Boulders served as a barracks to 350 volunteers and Home Depot donated equipment to help. Their extraordinary can-do, usually coupled with a cheerful disregard for red tape, has enabled them to reach and treat those in dangerous situations far beyond the traditional capacity of aid organizations. Team Rubicon’s journey is the other major focus of Klein’s book, and a wellspring of awe-inspiring stories.

But Klein never loses sight of the terrible sadness that for many is central to the veteran experience. Many have returned to the US suffering from post-traumatic stress or with feelings of guilt about those who didn’t come back. A report released on Veterans Day in 2009 revealed that only thirteen percent of post-9/11 veterans strongly agreed that their transition from military to civilian life was going well. Some of the troops we meet don’t make it through the book. Their deaths, and the terrible effect they have on those around them — including those with whom they served — are agonizing to read about. Their continuing struggles to form relationships and deal with the crippling sensation of helplessness that can accompany a return to civilian life are symptomatic of a system and a culture that valorizes service without heeding its consequences. Tom Brokaw has said that in Charlie Mike “Joe Klein has done us a national service”. If it helps to introduce more veterans to organizations like those it describes, and bring about a new era of post-military life, it would be hard to argue with that.

← Prev: Doug Wright and the Erotics of Language Next: In Heaven, Everything Is Fine →