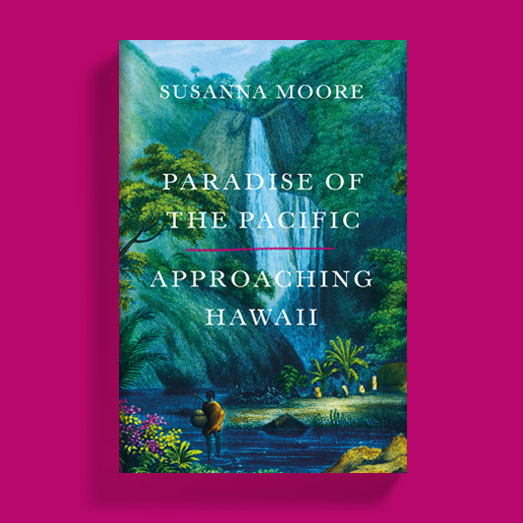 “There is no little irony in recognizing that the speed with which [the near-annihilation of the Hawaiian people] occurred,” writes Susanna Moore in her engrossing new book, “serves as testimony to the generosity of spirit, patience, and adaptability of the Hawaiians themselves. In their grace lay their defeat.” Paradise of the Pacific: Approaching Hawai’i, which was a worthy nominee for this year’s National Book Award for Nonfiction, surveys the 120-year period between Captain Cook’s arrival on the Hawaiian Islands in 1778 and their annexation by the United States in 1898. In little more than a century, an entire civilization was stopped in its tracks, its ontological outlook completely overthrown. A native population estimated to be as large as 800,000 when Cook arrived was, by 2013, smaller than 90,000. A culture condemned as heathen by the missionaries who arrived in 1820 was, within decades, literate and largely Christian. Sailors, whalers, merchants and tradesmen radically altered the ethnic makeup of the archipelago. In the end, it was the grandson of one of the first missionaries who successfully petitioned the US Congress to annex the Islands.

Moore is careful to position her history in the context of sweeping changes in the Pacific over both long and short timescales. She opens with the emergence of the Hawaiian Islands from the sea, as the consequence of huge volcanic eruptions half a million years ago. The eastbound migration of intrepid South Pacific Islanders a little over three thousand years ago, and the arrival of the first Hawaiian settlers — probably in the sixth century AD — thus come to seem like relatively recent developments. 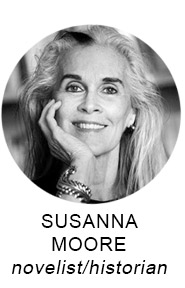 The extraordinary ambition of these migrants — to travel thousands of miles in double-hulled canoes carrying people, animals, and plants in search of a new home — is indicative of the drastically different attitudes towards life and death that they held. Fascinating early chapters describe their pseudo-feudal societies, replete with warring clans, alliances forged through marriage, and cruel and unusual punishments for the most innocuous crimes. Chiefs and chiefesses assumed the authority and power of the gods, so once they declared something kapu, or strongly taboo — as shaving one’s beard was, at one point, for thirty years — those caught violating the prohibition often faced death. “There were enough gods,” Moore writes, “to keep a man busy, and very frightened should he fail to honor them in accord with the rigid and seemingly arbitrary, although in practice often efficient and purposeful rituals that each required.” Little wonder that the word for a chief meant “shark that travels on land”.

It wasn’t all terror and violence, mind. “When not at war, the chiefs spent their time in songwriting contests, gambling, surfing, games, mock warfare, religious rituals, and feasts.” One game Moore describes sounds like a no-strings-attached swingers’ variation on “spin the bottle”. (The Hawaiians had no word for adultery.) Their poi-based diet — at least the ruling class’s — ensured robust health and good teeth. A fluid, unpuritan approach to sexuality points to a values system very different to our own, and completely alien to that of the Brits who landed in 1778 and the po-faced Massachusetts missionaries of the 1820s. The people they encountered were a laughing, chattering, singing, dancing, sociable people.

The book divides roughly in two. In the first half, the reader is immersed in the religion, rituals, internecine politics and warfare, and everyday lives of the Hawaiian people in the years before the arrival of the missionaries. The histories and personalities of King Kamehameha I and his favorite wife, Queen Ka’ahumanu, dominate the period. Kamehameha’s welcoming of the British (Cook’s unfortunate death notwithstanding), his unification of the Islands, and his trade-savvy approach with the Chinese, who wanted Hawai’i’s sandalwood for incense, set the tone for what was to come. But even more significant, Moore seems to claim, were Ka’ahumanu’s actions following Kamehameha’s death, in 1819. In a matter of months, she brought about the near-wholesale abolition of the gods Hawaiians had venerated for centuries, accelerating a process that had begun with the arrival of Cook:

The seemingly sudden abandonment of sacred ritual, shrewdly manipulated by Ka’ahumanu, was the culmination of the actions of many women who had for some time realized, thanks in part to the arrival of the British navy in 1778, that the gods were not paying as much attention to them as they had been led to believe. Many of the chiefs were also aware that King Pomare II of Tahiti had overthrown kapu without consequence to his person or his kingdom. Over the years, foreigners had done their part, too, in undermining kapu by their attempts to convince Hawaiians of the injustice of its seemingly arbitrary rules.

During the almost fifty years since Cook’s arrival, much else had also changed. O.A. Bushnell, whose book The Gifts of Civilization provides Moore with several excellent phrases, writes: “The Sandwich Islands became one great caravanserai for flitting ships; and, without being asked, Hawaiians were thrust into many new roles — as hosts, chandlers, panders, and whores, foremost among them, to marines from countries half a world away in space and 5,000 years in time.” The arrival of Christianity on Hawaiian shores was, in some ways, an inevitable next step. In any case, the substitution of “eternal damnation” for “ritual strangulation” represented something of an improvement in lived experience. Ka’ahumanu encouraged conversion, and, endowed with the powers of the regency that she assumed on Kamehameha’s death, issued new laws forbidding general licentiousness, fighting, drinking, dancing the hula, and prescribing school attendance and observation of the Sabbath.

In the second half of the book, Ka’ahumanu’s story is the backdrop to the everyday lives of the new missionary population. Having approached Hawai’i from within — witnessing the arrival of westerners from an Islander’s perspective — we now see it from outside. Reverend Hiram Bingham, Samuel Ruggles, and Asa and Lucy Thurston were among the earliest, setting out from Massachusetts in October 1819 and arriving shortly after the death of Kamehama. Asa Thurston is a stern, six-eight Yale man — very much your central-casting missionary; his wife, Lucy, terrified of being cannibalized, takes a while to adjust but eventually does, even if her diaries still contain some howlers (“No intercourse whatever should exist between children and heathen. On this point I am very particular.”) It’s only a generation before integration proper begins, and it’s only two before Lorrin Thurston, a state legislator and grandson of Asa and Lucy, is locked in battle with Queen Lili’uokalani for control of the Islands.

Moore’s two-pronged approach to Hawai’i ensures that the reader is never surefooted. There’s an easy angle to take on this subject, as exemplified by fourth-wave missionary Sheldon Dibble:

Cheating, trade in arms and rum, physical violence, murder, arrogance, and general exploitation are the white man’s contribution to Hawaiian civilization… Sin and death were the first commodities imported to the Sandwich Islands.

The Islands’ British and American visitors also introduced new diseases that killed tens of thousands over the decades. But as Moore points out, the ali’i, or Hawaiian ruling class, aren’t exempt from culpability. The chiefs’ sale of the Islands’ sandalwood caused huge ecological damage, and cultural relativism aside, it’s hard not to condemn Hawaiian society’s treatment of its women. One closes Moore’s book, though, with a deep appreciation of the richness of the society that history left behind. A paradise remains in the Pacific for sure, but there’s another paradise that’s very much lost.