Roxane Gay is a Bad Feminist 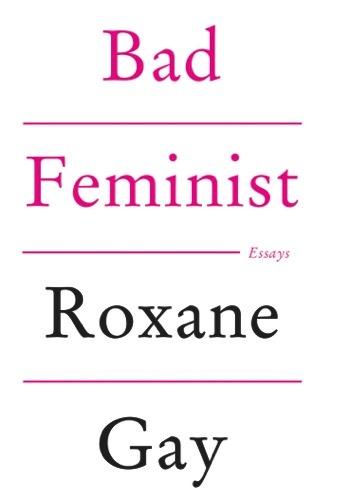 Reading Roxane Gay‘s Bad Feminist (Harper Perennial, 2014) was a personally instructive experience. As a white, male reader with a pretty fat tire of privilege under my belt, it’s an often-excoriating, albeit hilarious, read. And while I would definitely have preferred it had Gay occasionally used the more contingent “some men” to describe the masculine influence on the cultural evils afflicting women today, I’m nonetheless convinced that the scale of the problem justifies the rhetoric. It’s not like I’m unaware of my own gender parochialism — none of this is news to me. But I sure am now questioning why I’m not that little bit, or even TEN TIMES better at checking myself and others on subjects that I know to be important when the moment arises. Instead, most of the time (to my shame) I’m more like the crowd at the Daniel Tosh set in the essay “Some Jokes Are Funnier Than Others,” a crowd that fails to stand up and say, “Enough.”

She disarms; she’s not holier-than-thou. She uses her wit to discredit the alienating (and false) ideal of feminism, which she argues is damaging. Her brand of imperfection is a kind of manifesto in itself:

I embrace the label of bad feminist because I am human… I am not trying to say I’m right. I am just trying — trying to support what I believe in, trying to do some good in the world, trying to make some noise with my writing while also being myself: a woman who loves pink and likes to get freaky and sometimes dance her ass off to music she knows, she knows, is terrible for women and who sometimes plays dumb with repairmen because it’s just easier to let them feel macho than it is to stand on the moral high ground.

A foolish consistency being the hobgoblin of little minds, &c, it’s hard to argue.

She’s also just funny-funny. In her chapter on competitive Scrabble, for instance, Gay confesses that she’s prone to taking games too seriously, to the point where she will “conflate winning the Game of Life to winning at life.” Her footnotes in that article are the kind of footnotes you wish you’d been allowed to leave in your college essays (“In all seriousness, Scrabble was invented by a man named Alfred Mosher Butts”). Even the premise of the piece is funny in a David Foster Wallace kind of way: what else do smart people do in a flyover state but enter major-league Scrabble tournaments?

Roxane Gay doesn’t care if you think she’s lowbrow. Lowbrow’s not even the right word, actually, but anyone who can say “BET is not a network I watch regularly because I am very committed to Lifetime Movie Network and lesser cable network reality programming” certainly and rightly doesn’t care what you think about her love of the Hunger Games or Fifty Shades series. And actually, these things deserve the intelligent attention she pays them: they’re the most widely consumed narratives of our time. Take the unexamined kink and posturing of Christian Grey, which, she writes, “reinforces pervasive cultural messages women are already swallowing about what they should tolerate in romantic relationships.”

Fifty Shades is a fairy tale. There’s a man and a woman, and an obstacle that eventually they are able to overcome. There is a happily-ever-after, but the price exacted is terribly high. It is frightening to consider how many women might be willing to pay that price.

That she both sort of enjoys the books and is able to die laughing at Ana asking for a glass of “white Pinot Grigio” “because it is the laziest mistake possible” serves to deflect accusations of snobbery while simultaneously making her extremely likeable. “Like most people,” she says, “I am a mass of contradictions.”

Late on in Bad Feminist, there’s a blistering run of chapters on recent movies dealing with race relations in the States — The Help, Django Unchained, 12 Years a Slave, Fruitvale Station, and so on. Gay’s having none of it. The Help she dismisses as science fiction, “an alternate universe” in which “the magical negro” characters are almost grateful to their kind white employers. While she admires some of the performances, she finds the dialogue insulting and considers the characters to be racist stereotypes. Indeed, in its critical reception, and that of 12 Years a Slave, Gay rightly identifies a species of institutional racism that goes all the way back to Hattie McDaniel’s Oscar for Gone With the Wind. Prestige roles for black actors, however brilliantly carried off, reaffirm a retrogressive view of race relations, a view which adds nothing to the culture. 12 Years a Slave, undoubtedly a better picture, is nonetheless likewise… well, a bit pointless.

I confess I’m not so sure about Django, which appalled Gay but I rather liked. For me it lives, like all of Quentin Tarantino’s work, in a postmodern realm divorced from social history, despite its treatment of a specific milieu. Everything in Tarantino is sort of camp, I think, a mere staging of race relations or crime or revenge or whatever, dressed in the clothes and postures of other movies or performances. At the very least, I suspect that audience enjoyment of Django is a little more complex than Gay allows, in so far as I don’t think there is necessarily a latent longing for antebellum life in the unappalled viewer.

That said, part of the great value of Bad Feminist, here and throughout, lies in Gay’s ability to destabilise such comfortable (self-serving?) readings of culture. In a powerful piece on “trigger warnings,” she reminds us that “everything is a trigger for someone.” Your funny is someone else’s mortifying. What’s postmodern campery to me is, for Gay, a violent appropriation of a traumatic cultural experience “from a very limited, privileged position.” Check your privilege. If the effect of Bad Feminist is to tighten the screws of your reasoning such that greater empathic nuance becomes possible, all to the good.

We are responsible beings, as participants in culture. Responsible not just for avoiding crassness where possible, but also for representing a decent tranche of reality. This can place impossible demands on artists and public figures alike, of course. The particular problem with representations of women or racial minorities is that we’re so saturated with white male culture that anything that deviates from it is forced to bear an untenable burden of representation. Gay refers to HBO’s Girls, a show she likes but criticises for its treatment of such a narrow racial and socioeconomic demographic. On Facebook COO Sheryl Sandberg, she laments that the critical responses to Lean In focused on Sandberg’s failure to respond to the situations of all kinds of women. “Public women,” she writes, “and feminists in particular, have to be everything to everyone; when they aren’t, they are excoriated for their failure.”

What’s the solution? Greater representation of all kinds of experience. A war on cliché. A refusal to accept lazy archetypes. An end to feminist in-fighting and a greater recognition that at its simplest, the cause is no more nor less than a demand for equality. In the short term, the kind of critical thinking that Bad Feminist enables. Roxane Gay has produced a splendid manifesto in a year that — with Beyoncé’s performance at the VMAs and Emma Watson’s speech at the UN both going megaviral — may yet go down in history as the Year of Feminism: Redux.

← Prev: Big Success in Little Failure Next: Inside the Lie →