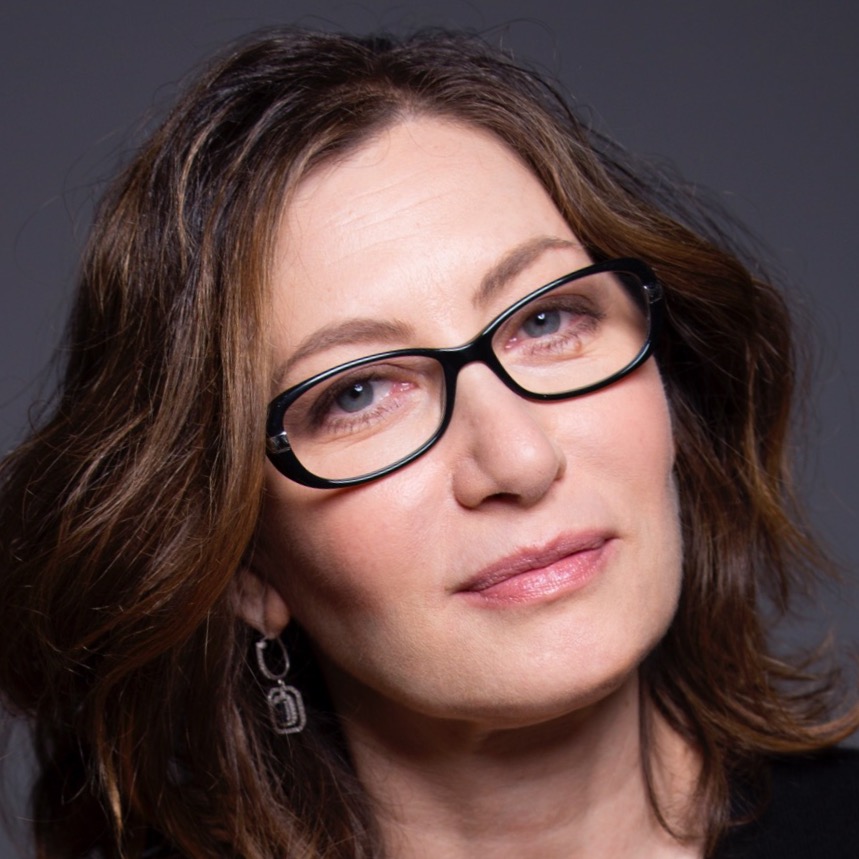 Annabelle Gurwitch is the author of the fabulous new collection, Wherever You Go, There They Are: Stories About My Family You May Relate To (Blue Rider Press, 2017); I See You Made an Effort (a New York Times bestseller and Thurber Prize finalist — read our review); You Say Tomato, I Say Shut Up (coauthored with Jeff Kahn), and Fired! (also a Showtime Comedy Special). Gurwitch gained a loyal following during her stint co-hosting Dinner and a Movie on TBS, years as a regular commentator on NPR, and her many acting roles. She’s written for the New Yorker, the New York Times, the Los Angeles Times, and the Hollywood Reporter.

Meghan Daum has called her “the secret love child of Nora Ephron and Groucho Marx… an old-fashioned wit for the post-modern age”. At House of SpeakEasy, we know her of old, for she spoke at our November 2015 show, Happy Now? On May 10, she returns to the SpeakEasy fold, in our Seriously Entertaining show, All Together Now, alongside Elif Batuman, John A. Farrell, and Jason Reynolds (tickets). We spoke to Annabelle ahead of the show. 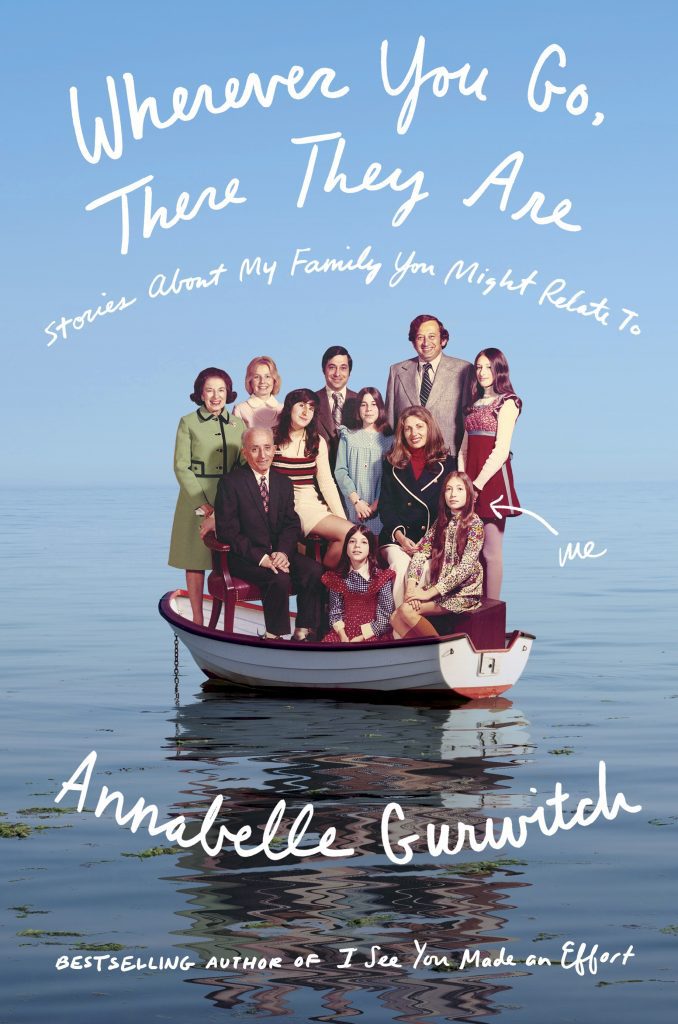 Title of most recent work: Wherever You Go, There They Are.

What are you working on now? I’m currently on book tour, so my biggest project is to make certain I am not in the wrong city on the wrong day.

If you had to paint a scene from your childhood to capture its essence, what would you paint? Me sitting in a window seat reading a book.

What is your petite madeleine? Gumbo takes me right back to my early childhood in Alabama.

What do you hope future civilizations will find in the miraculously preserved shell of your house? I know, this is a terrible answer, but I have a pair of seriously high heels, they are purple velvet and maybe five or six inches. I imagine in the far distant future a creature pondering them and wondering what possible use these would have and seeing them as a symbol that portended our demise.

If you could live inside a fictional world, which one would you choose? I just watched the first season of The Crown. I am perfectly aware of the amount of unhappiness and strife the series depicts, but every time Claire Foy picks up a tea cup and I hear the sound of a spoon clinking against the fine porcelain, I want to be her, just for one day. Even though Elizabeth II is a real person, it’s a completely fictional world that the royal family inhabits. The idea that one group of people, by the accident of birth, lives in such a protected cocoon, is so unimaginable and seductive, it’s more unbelievable than accepting that aliens travelled across the universe in a large pumice stone, which is the plot of the science fiction movie Arrival.

What are your go-to quotes? I wish I had go-to quotes. Right now I have No Go Quotes. “Don’t Worry, Be Happy”. That’s one of the most dangerous axioms of our times. We really need to be worried right now. Also: “It’s All Good”. Do I even need to comment on that one?

Given sufficient budget, what would you put on your wall? Growing up, I bought into the myth of my father’s financial alchemy and thought I was going to inherit a large amount of money. This turned out not to be the case; in fact, I’m just fortunate I didn’t inherit his debts. I imagined a life where I could emulate Peggy Guggenheim, but the closest I’ve come to that is I portrayed May Rosenberg, one of Jackson Pollock’s closest friends, in the movie directed by and starring Ed Harris as Pollock. For a scene that took place at Guggenheim’s Art of this Century Gallery in 1945, the art department made their own Kandinskys, Légers, Tanguys, and Mirós, I begged the art director to allow me to take home one of the faux Pollocks, alas the Krasner Foundation insisted that the artwork be destroyed, so they had a bonfire and there went some of the best facsimiles I would have loved to hang in my home. Right now, I am having a renewed love affair with the Dutch Masters. I think the stillness would be a tonic to digital life.

Who in history would you most like to have a stinking-drunk night out with? That’s easy. The Secessionist movement in Vienna was made up of Klimt, Kokoschka, and a few other painters. These folks knew how to have a good time. The only thing is, I’d need to get into a time machine in order to have a great night as I’m about ten years beyond the time that a stinking-drunk night sounds like something I want to do, so it’s going to take a lot of technology to make this happen, but I would really enjoy it, so I hope someone can get cracking on that.

Print or digital? Print. I can’t sustain my interest when looking at a screen. I prefer to read in the bathtub, and that is a problem with a screen. When they come up with the chip that gets inserted into our brains, we’ll probably be expected to read by closing our eyes and having the print appear on the inside of our eyelids, but I will mourn the loss of the tactile sensation of turning down pages of a book.

What’s your favorite font? Garamond. Jill Soloway once told me that Times Roman was the font of mediocrity and I never forgot that.

Where would we find your favorite bookstore? Skylight Books is my home store.

Who would you choose to read the audiobook of your collected works? Kai Ryssdal of Marketplace on APM. He has suckered me into an interest in the minutiae of economic policy; if he can do that, he can take any of my writing and make it sing. The guy is a genius.

What are your preferred writing materials? As an actress, I assumed it was expected that we’d all steal yellow legal pads from the production offices of the TV shows I worked on. That may not have been the case. But you’d go into the office and there would be stacks of legal pads. Something about a yellow pad makes me feel that anything is possible. Maybe it’s the length of the pad?

My first published piece of writing was for Premiere magazine. I wrote that on a word processor that printed one sentence at a time on a thin screen. I still have that thing. Anyone want it?

Annabelle Gurwitch joins Elif Batuman, John A. Farrell and Jason Reynolds at the Seriously Entertaining show All Together Now at Joe’s Pub at The Public Theater on May 10, 2017. Buy tickets here.