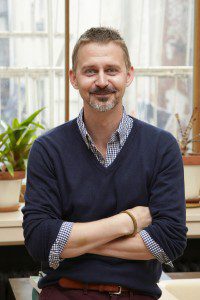 Christopher J. Yates was formally a puzzle editor in London, and the author of the debut novel, Black Chalk, a “Best of the Year” selection by NPR. His new novel Grist Mill Road received starred reviews from Booklist, Kirkus, and Publishers Weekly.

Christopher spoke at House of SpeakEasy’s Seriously Entertaining show on January 30th, Caught in the Act alongside Sandra Allen, Elif Shafak, and Michael Wolff. We spoke to Christopher ahead of the show…

Describe your current project: It’s 1977, London, and a punk band that supplanted the Sex Pistols hit the headlines for all the wrong reasons.

What is your earliest memory involving reading or writing? I wrote a story in school when I was 7 called ‘The Caves of Time’ for which my teacher gave me the unlikely mark 21 out of 20. A few days later, my mother took me into my local indie bookstore to pick out a “prize” for having written this story. There on the shelves, calling out to me, was a book called “The Caves of Time,” the first book in the Choose Your Own Adventure series. Obviously, I snatched it up and have loved bookstores and stories ever since. 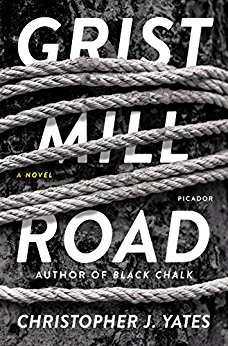 What is your favorite line from your current work? Wow, that’s so hard—do you mind if I go for the one that’s been getting most-mentioned in reviews instead? “The reality is there are more than two sides to most stories. Truth is seldom a lens, truth is a kaleidoscope, and I have my truth too.”

What is your favorite first line of a novel? “Either forswear fucking others or the affair is over.” Sabbath’s Theater, Philip Roth.

What advice would you give to aspiring writers? Persist. It took me ten years to get my first publication offer—and that was in Russia! (But that’s another story, which you can read here.) I was on the brink of giving up several times. I would wish any aspiring writer immediate success, but that might not happen, and it might not be pretty. Persist.

What are you reading right now? A number of books about punk music, for research—Slow Man by J.M. Coetzee for pleasure. I also snuck in the first five pages of Never Mind by Edward St. Aubyn, which is next in line, and I can’t wait.

Are there any quotes you use to inspire you? In Knausgaard’s A Man in Love, the second volume of My Struggle, he berates himself for the vanity of having enjoyed being interviewed by a journalist. When it comes to being a writer, I’d say this pretty much sums it up: