The Eyes Have It: The Danish Girl as Book and Movie 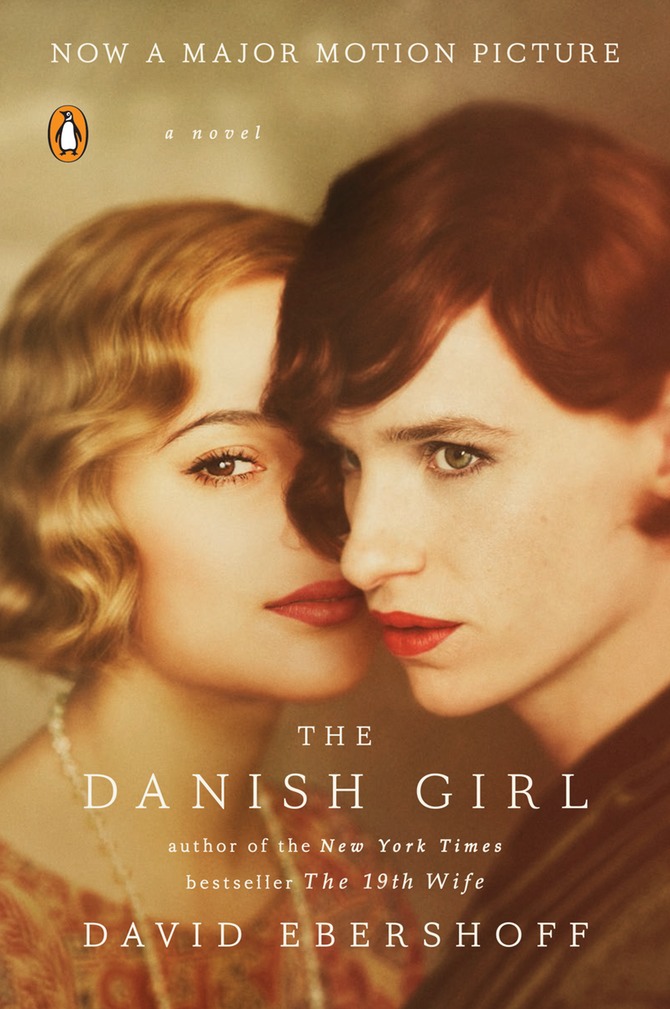 The eyes have it. In the recent, Academy Award-winning film version of The Danish Girl, Eddie Redmayne’s dazzled, oceanic gaze — coyly averted, abruptly direct — tells a whole story of its own. As Lili, the real-life female alter ego of artist Einar Wegener, he’s unable to look Ben Whishaw’s Henrik in the face for fear of being revealed; with his wife, Gerda (Alicia Vikander), he can say more with a discreet eye-roll or quiver than he can with words. His eyes have an overflowing, revelatory, vulnerable quality — at times it’s like he’s naked.

Redmayne, it would seem, has read David Ebershoff‘s novel very closely. First published in 2000, The Danish Girl has deservedly become a classic of trans literature for the sensitivity and perspicuity of its treatment. Although he doesn’t shy from the anatomical realities of the trans experience, Ebershoff’s greatest contribution to the genre is his depiction of Einar’s interior life. And from the very first chapter, Einar seeks respite from the difficulty of being behind his eyelids. Greta (as she’s known in the book) has asked him to put on a pair of women’s stockings so she can continue painting without her model, who’s running late:

He imagined the wrinkled roll of the stocking gliding over the white bone of his ankle. Over the small cushion of his calf. Clicking into the hook of a garter. Einar had to shut his eyes.

Is he blocking out or welcoming in? Denying his desires or shutting out the world so he might better indulge them? As Greta goads him into taking off his shirt, she instructs him to close his eyes again. Then it’s his trousers, and his acute embarrassment makes him “wish he could close his eyes and return to the days when he was a boy and what dangled between his legs was as small and useless as a white radish”. This desire for some kind of prelapsarian state will lead him further than he’d ever imagined. As Greta paints, Einar retreats into a reverie:

And just as his eyelids were becoming heavy and the studio was beginning to dim, just as he sighed and let his shoulders fall, and Edvard IV [their dog] was snoring in the bedroom, just at this moment Anna [the model]’s coppery voice sang out, “Take a look at Einar!”

His eyes opened. Greta and Anna were pointing, their faces bright, their lips peeled apart. Edvard IV began to bark in front of Einar. And Einar Wegener couldn’t move.

Although Lili is ostensibly a game at first, it’s clear that there’s a lot more going on inside Einar than Greta understands. It’s there in the paralysis Ebershoff describes when Anna enters; it’s in Redmayne’s teary, humiliated eyes. This offhand moment of playful transvestitism has awakened in Einar a long-repressed awareness of an otherness within. We learn in flashback of a boyish infatuation with a friend called Hans, of his adult shyness with women. Greta reflects on his unusual physique, his lips “pinker than any of the sticks of color Greta could buy”, his chest “as obscene as the breast of a girl a few days into puberty. With his pretty hair and his chin smooth as a teacup, he could be a confusing sight.” 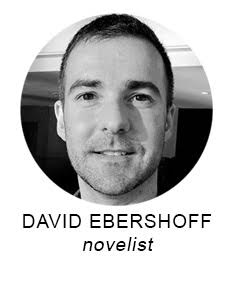 Einar/Lili’s femininity may be expressed to the world through spectacle — his “confusing” appearance, her clothing — but to Einar, it’s very much an interior experience. “The clothes and the rouge were important,” writes Ebershoff, “but the transformation was really about descending that inner tunnel with something like a dinner bell and waking Lili.” Being inside means shutting out the world. Einar closes his eyes when reading the textbooks that reassure him, at last, that he’s not alone. He closes them when visiting peepshows — trying “to forget who he was or where he was”. In Dresden, where he travels to undergo the pioneering surgery that made Lili Elbe an LGBT icon, he closes his eyes as Einar and opens them as Lili. His eyes are the barred windows to his soul, imprisoning him even as they let the light in.

But Lili is described, inscribed, from without and within. Director Tom Hooper brilliantly captures this on film in the scenes where we see Vikander painting. He shoots from behind her easel, and we see the bold strokes of her brushes tracing Lili’s outline through the membraneous surface of the canvas. Greta’s initial encouragement of Einar’s cross-dressing and growing dependence on Lili’s presence for her paintings are part of what enable the transformation; her support and creative input allow for Lili’s actualization. “What you draw I become,” says Redmayne to Vikander in Lucinda Coxon’s rendering of the book’s dialog; “you made me beautiful and now you’re making me strong.” Lili in turn provides Greta with the subject that her heretofore-lackluster career had wanted. While Einar’s painting slows and Lili quits art altogether, Greta’s production becomes feverish. Her success sustains them both, but it’s only possible thanks to Lili.

The art-metaphor bleeds into the medical. The first time in the novel we’re permitted to witness Einar transforming into Lili — up to then, a fairytale veil has been drawn over the physical mysteries of his dissimulation — the painterly and the doctorly are entwined:

Einar removed his clothes, turning his back to the mirror. In the drawer of the bedstand was a roll of white medical tape and scissors. The tape was gauzy and textured like a canvas, and Einar pulled out a length and cut it into five pieces. Each piece he stuck to the edge of the bedpost. Then, shutting his eyes and feeling himself slide down through the tunnel of his soul, Einar pulled his penis back and taped it up in the blank space just beneath his groin.

Ebershoff here unites different metaphoric planes in a kind of strange, transcendent harmony that he sustains through the rest of the novel. As the book inevitably becomes more concerned with the physical details of Einar’s transition into Lili, the metaphysics of gender identity and selfhood continue to work themselves into his characters’ experiences. As Lili applies her makeup, she experiences an uncanny “flutter just beneath the ribs”, “as if she were reliving something”; she cannot help but recall Einar’s former vocation. Just as Lili was the ghost within Einar, so Einar will haunt Lili. And Greta, too: after the transition, she still sees in Lili’s eyes “[t]he only thing left of her husband, eyes through which Greta could recall his entire life.”

There’s perhaps a broader political point to be made. The lives and stories of transgender people are still scarcely visible in popular culture, despite huge advances this century. The Danish Girl, both as novel and movie, appeals not only for greater (and better) visibility but also for the sort of empathy required to see the trans experience from within. In it we see, yes, the empowering spectacle of Lili Elbe’s confirmation. But we also get to see the world through Lili’s eyes, and don’t the stars look very different today.

David Ebershoff will appear at the Seriously Entertaining show It’s Not You at Joe’s Pub at The Public Theater on March 7, 2016. This show is SOLD OUT, but check out our April 19 show, featuring Jon Ronson, Lisa Kron, Bryan Burrough and Stephon Alexander.

← Prev: Margo Jefferson's "Negroland: A Memoir" Next: Amerika the Beautiful →