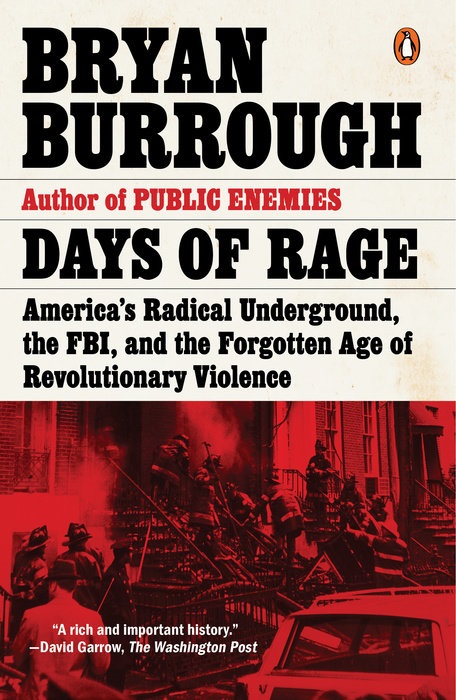 “We will burn and loot and destroy. We are the incubation of your mother’s nightmare.”

“The challenge for me… is to explain to people today why this all didn’t seem as insane then as it does now.”

Five hundred pages into Bryan Burrough‘s engrossing account of America’s recent radical past, we encounter one of his revolutionary subjects standing alone in the shower saying his own name, over and over, “to remind himself who he really was”. It may have been because Raymond Luc Levasseur, who led the United Freedom Front, had amassed so many aliases (more than a dozen) that his memory was in genuine need of a jogging. But the moment also feels touched by wider existential concerns. Time and again, veterans of the radical underground, many of whose stories are told in Burrough’s book for the first time, describe the miasma of collective madness that took hold of them and convinced them of the need to blow up buildings, rob banks, and murder police officers. There are some shocking moments, when theory and fervor drove young people to some truly illogical conclusions — “In one gathering [Weatherman] debated whether killing a white baby was a proper revolutionary act”. And sometimes, the reality of their actions would hit home hard. A stray bullet would kill a bystander and a full-blown existential crisis would descend. On these occasions, it was usually too late to turn back. Meanwhile, the practicalities of life underground — constructing false identities, losing contact with family and friends, living on the lam — forced many of America’s radicals to lose sight of what had radicalized them in the first place. They took to robbing banks to finance bombings that were in turn usually ruined by poor planning and shoddy explosives work. Of the people they murdered, none were who one might consider high-profile targets; the damage done to property was sometimes considerable but rarely crippling; at any rate, the upshot was hardly a better society than the one that had produced them. “Talk to the underground’s veterans today,” Burrough writes, “and almost all are hard pressed to point to any lasting impact the underground had on American society, short of metal detectors and bomb-sniffing dogs.” So how did it happen?

“The country was turning into Nazi Germany, that’s how we saw it. Do you have the guts to stand up? The underground did. And oh, the glamour of it.”

It was, Burrough contends, the coalescence of the civil rights and anti-war movements in the 1960s that gave birth to the counterculture which would later become the image of the decade in the popular consciousness. And from the counterculture came the radical fringe that’s the subject of Days of Rage. Burrough devotes a necessarily hefty chunk of his first hundred pages to describing this process, developing a framework that allows the modern reader access to the emotions and ideologies of the period. We see how the mood among many young people on civil rights passed from admiration for the stoicism of Martin Luther King, Jr., to fiery acquiescence with the violent oratory of the Black Panthers and Eldridge Cleaver, who, when running for president in 1968, said of the White House, “We will burn the motherfucker down.” On the anti-war front, peaceful demonstrations gave way to violent conflict between students and the police. Young people across America watched the dawn of the modern civil rights movement on television and experienced, in the images of police officers beating black protesters, the betrayal of all they had been taught to love about their country. In 1968, a study suggested that three hundred and fifty thousand young Americans considered themselves revolutionaries. When King was assassinated, the Black Panthers’ message finally reached many who had thus far resisted it; they “began to believe that white violence must be met with black violence.” Many in the movement against systemic racism were radicalized not only by this belief but by growing suspicions that America was becoming an imperialist police state and the US government was corrupt (which, as it turns out, it of course was, under President Nixon). Groups began to emerge — Weatherman (later the Weather Underground — and perhaps “the country’s first Ivy League revolutionaries”), the Black Liberation Army, the FALN (which advocated for Puerto Rican independence) — and suitable actions were soon found to match their violent rhetoric.

If the narrative thereon seems chaotic, it’s because it was chaotic. Separate bombings claimed by the same group often appeared otherwise unrelated. Evidence was destroyed. Throughout Days of Rage, drifting, scarcely documented characters move in and out of the frame. Some have died. Of the survivors, many decline to go on the record for fear of indictment or imprisonment, even so. Fortunately, Burrough does a terrific job of marshaling the facts and the speculation, the knowns and the many unknowns, that make up his story. He also brings masterful order to a period of intense activity. Over the course of eighteen months in 1971-2 alone, the FBI recorded more than two and a half thousand domestic bombings.

PIG AMERIKA BEWARE. THERE’S AN ARMY GROWING IN YOUR GUTS AND IT’S GOING TO BRING YOU DOWN.

— statement by Weatherman in New Left Notes following the “Days of Rage” in Chicago, 1969

It was a time when “bombs basically functioned as exploding press releases”. “In fact,” Burrough writes, “as hard as it may be to comprehend today, there was a moment during the early 1970s when bombings were viewed by many Americans as a semilegitimate means of protest.” On one night in 1969, for instance, bombs were exploded in New York at the RCA Building, a General Motors building, and the Chase Manhattan Bank headquarters. The FALN detonated ten bombs in three cities on a single day in October 1975. In 1977, the New World Liberation Front exploded sixty-four bombs in San Francisco alone. That same year, bomb threats in New York one day in August caused the evacuation of one hundred thousand office workers. Days of Rage is filled with surprising statistics like these, figures that demonstrate how startlingly much we’ve changed in the decades since in our attitudes towards political violence and terrorism. 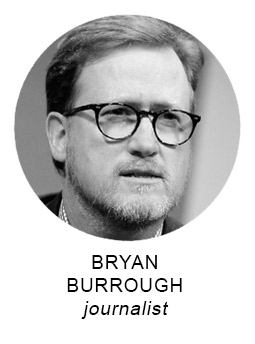 Fascinating also are the surreal intersections between revolutionary life and celebrity. Dustin Hoffman’s apartment on East 11th Street in New York was blown up when bombs being forged by Weatherman were accidentally detonated in a basement next door. Jane Fonda bailed one of the Black Panthers and appeared frequently at rallies in aid of radical causes. Leonard Bernstein, in a bid to raise funds for the Panther 21, threw a party that later became the stuff of legend thanks to Tom Wolfe’s essay “Radical Chic”. Jean Genet wrote the preface for a collection of prison letters written by Panther George Jackson. And in one of the decade’s defining moments, media heiress Patty Hearst was caught on surveillance video during a heist having apparently gone native with the Symbionese Liberation Army.

As a counterpoint to his inside track on all these groups, Burrough also traces the various police and FBI investigations that sought to track and prosecute America’s revolutionaries. Following the explosion at “the Townhouse” — which happily didn’t deprive the world of Dustin Hoffman — J. Edgar Hoover’s right-hand man, William Sullivan, quietly authorized FBI agents in the specially formed Weatherman team, Squad 47, to deploy illegal surveillance techniques to trace their quarries. They became, in Burrough’s allusion, the Javerts of the FBI. Despite court rulings that inadvertently reconfirmed the illegality of many of the FBI’s tactics, they persisted, though with little success. In 1978, when the Bureau’s deviousness came to light, indictments were passed down on the FBI’s top brass, sending them toward criminal trials at a time when not a single Weatherman had yet been tried. “We did all this stuff,” recalls Don Strickland of Squad 47, “risking our lives every day, putting our lives on the line. And we end up being the villains! And these Weatherman scumbags end up being the fucking Robin Hoods!”

Burrough’s earlier book Public Enemies became a Michael Mann movie. Days of Rage, with its gripping recreations of prison escapes, bomb attacks, and brushes with the law, would likewise make a superb thriller. The escape of FALN bomb-maker Willie Morales from Bellevue, for instance — from a third-floor window, with a wet bandage for a rope, with no fingers — is so fantastic that it would require the hyperrealism of late Scorsese to seem even vaguely plausible. (Morales, who later fled to Cuba, remains on the FBI’s most wanted list.) And yet, as you must continually remind yourself while reading Days of Rage, all of this really happened. What insights it might offer into an increasingly radicalized — at least extremely polarized — United States today will perhaps play out in time. Either way, it’s a compelling, academically invaluable portrait of a crazed and complex time.

Read the start of Days of Rage here.

Bryan Burrough is a guest at the Seriously Entertaining show While the Music Lasts at Joe’s Pub at The Public Theater on April 19, 2016. Tickets are sold out for this show. Please sign up to our mailing list for ticket alerts for future shows.

← Prev: The Eyes Have It: The Danish Girl as Book and Movie Next: Revolution Begins At Home →