Welcome to House of SpeakEasy’s latest venture, The SpeakEasy Podcast, where writers come together to eat, drink, and share stories on a range of themes each episode. Hosted by SpeakEasy’s co-founders, Amanda Foreman and Lucas Wittmann, episodes feature previously recorded storytelling performances from our live Seriously Entertaining shows at Joe’s Pub at The Public Theater in New York City as well as new audio segments from our outreach programs, including our bookmobile outings and work with high school students.

Listen to episodes below via Soundcloud or go here. The SpeakEasy Podcast is available on iTunes, Stitcher, Spotify, or wherever you listen to podcasts.

Can You Hear Me Now?

As our country reckons with its history of systemic racism and calls for reform, House of SpeakEasy seeks to examine injustice, intolerance, and inequity by amplifying the voices of Black writers who have performed on stage for Seriously Entertaining. This episode of The SpeakEasy Podcast features a collection of stories from past shows: the National Ambassador of Young People’s Literature and middle-grade author Jason Reynolds, who relates how racial discrimination shaped his mother’s relationship to her parents—and his own relationship to her—from our “All Together Now” show (May 2017); humor writer and New York Times contributing opinion writer Kashana Cauley on The Great Migration and the resulting racial and economic divides in Milwaukee, the second-most segregated city, which for her is a true “No Man’s Land” (May 2018); and, from “Caught in the Act” (December 2017), author, legal scholar and Yale Law School Professor James Forman, Jr., re-imagines what justice, accountability, and prison reform might look like for a country with a human rights crisis in the form of mass incarceration. 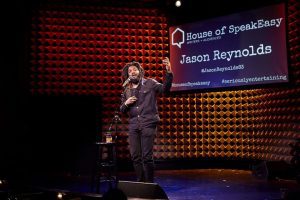 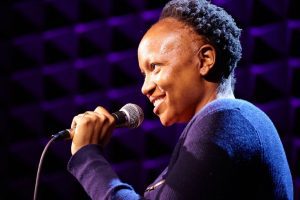 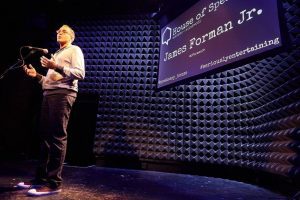 As Good As Gold

Though we were unable to host our March Seriously Entertaining show live at Joe’s Pub due to the coronavirus, we recorded these original stories prepared by our March speakers, tied to the theme “As Good as Gold” for our podcast. This episode features Anne Nelson, journalist and author of the new book Shadow Network: Media, Money, and the Secret Hub of the Radical Right examining the 2016 election, how it went unpredictably wrong, and what religious radio shows in the Midwest had to do with it; artist, activist, and author of the new book Stop Telling Women to Smile: Stories of Street Harassment and How We’re Taking Back Our Power, Tatyana Fazlalizadeh sharing how her art expresses who she is as a woman…a woman who isn’t always polite; and Philip Kennicott,Washington Post art and architecture critic and author of Counterpoint: A Memoir of Bach and Mourning talking about finding Nathan, the greatest dog in the world…except for Nathan’s one significant flaw. This episode features songs “The Royal Telephone” and “City of Gold,” plus a brief portion of “The Goldberg Variations.”

House of SpeakEasy · Seriously Entertaining – As Good As Gold 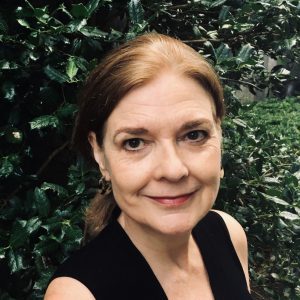 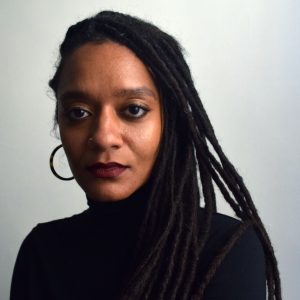 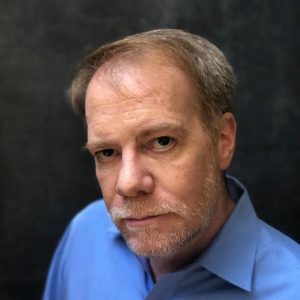 (Street art by Tatyana Fazlalizadeh below) 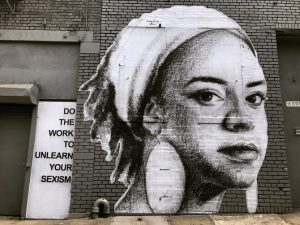 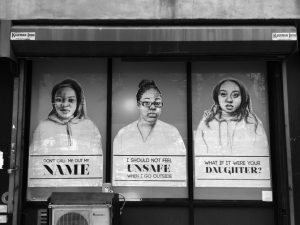 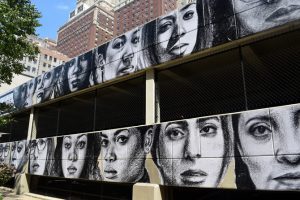 Our sixth and final episode of the season presents a literary mixtape highlighting performances from SpeakEasy’s inaugural year 2014-15. Since we were digging back into our archives, it seemed fitting to select stories that similarly looked backward in time: Historian Simon Winchester, who, at the age of 17 lands a job as a mortuary assistant, quickly learns a valuable lesson about “Plays With Matches” by not fearing the dead. In “Falling for Perfection,” comedian and former The Daily Show writer Elliott Kalan reminisces about growing up in two different New York Cities and the powerful influence of movies, from Gremlins to Ghostbusters. And for “Summertime Blues,” philosopher Rebecca Newberger Goldstein shares an origin story from the summer of 1957, when, after the Hungarian uprising, relatives come to live with her and bring mystery, unfamiliar language, and questions that would shape her life choices. 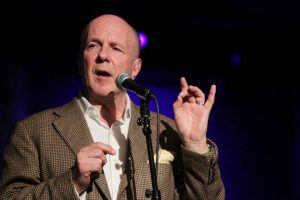 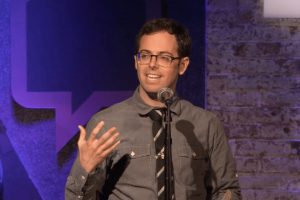 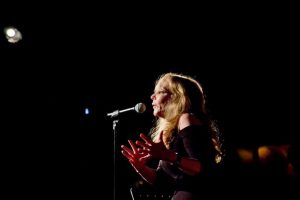 The fifth episode of the SpeakEasy Podcast highlights stories united by the theme “It’s Not You”: Pulitzer Prize-winning author and critic Margo Jefferson, memoirist George Hodgman, and novelist David Ebershoff share their journeys of negotiating issues of identity, memory, and what it means to be you. 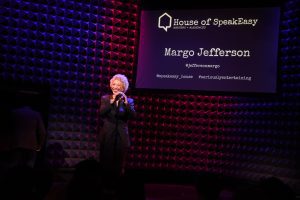 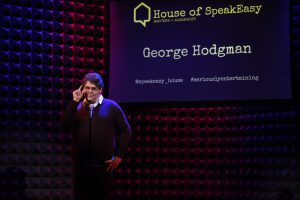 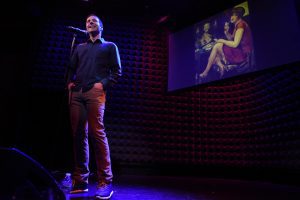 SpeakEasy’s fourth episode features storytellers dealing with the most fortuitous kind of failure, charting paths of those who’ve succeeded despite the odds, the ones who’ve tried and failed and yet try again. Theoretical cosmologist and professor of physics and astronomy Janna Levin shares the story of Joe Weber and his firm belief in the power of gravitational waves. Novelist and Whiting Award–recipient Mitchell S. Jackson talks about the decade of perseverance it took to produce his first novel. And political analyst and CNN anchor John Avlon talks about the Peter Principle through history and how failing up is really the story of our country. 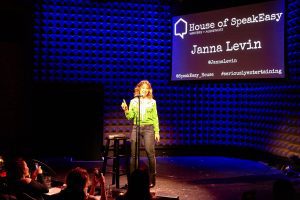 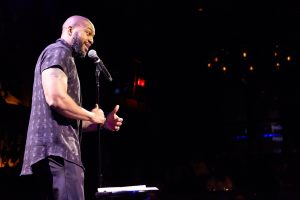 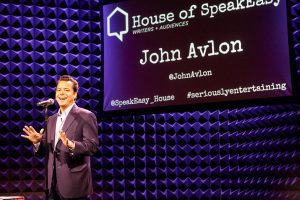 Our third episode features writers exploring two basic questions: 1) who is a stranger anyway? and 2) what exactly can strangers tell us about ourselves? Nigerian-born novelist, poet, and playwright Chris Abani speaks on airports, melancholy, and turning oneself inside out; literary critic, poet, and transgender activist Steph Burt ruminates on the lessons they learned about only being one person at a time; and award-winning novelist and essayist Geoff Dyer discusses being estranged from any notion of strangeness. 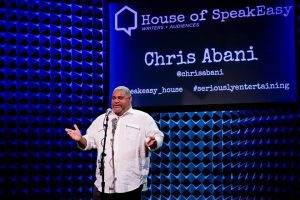 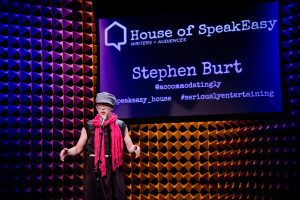 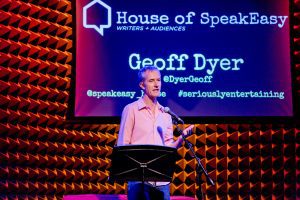 Our second episode features writers living at “The Razor’s Edge”: Man Booker Prize–shortlisted Madeleine Thien showing us both sides of the blade; poet and Pulitzer Prize–finalist Elizabeth Alexander giving us “The Light of the World;” and bestselling author James Rebanks sharing a love letter to his father from The Shepherd’s View. 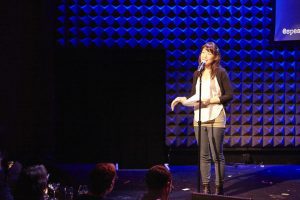 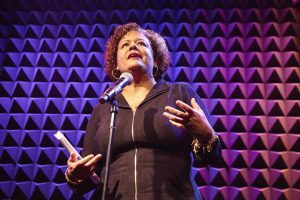 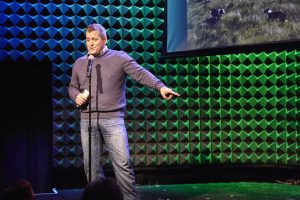 This Is Not the End

Our inaugural podcast season kicks of with the episode, “This Is Not the End”: TV writer and “Babylon 5” creator J. Michael Straczynski discusses the power of walking away; author Alexander Chee explains why endings are so damn hard; and novelist Colum McCann talks about beginnings to demonstrate why nothing really ever ends. 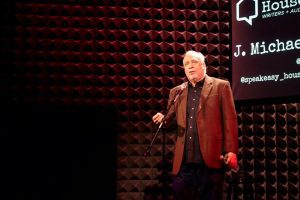 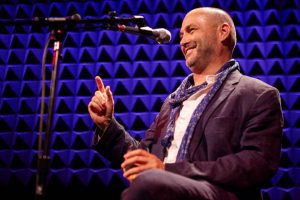 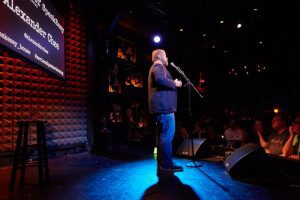